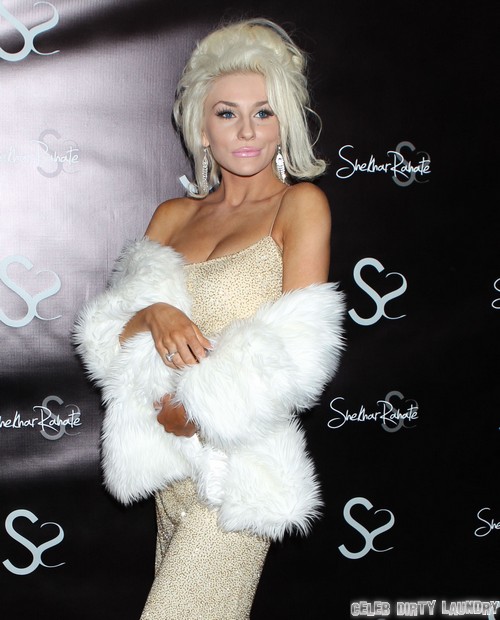 Apparently Courtney Stodden must have been putting her feelers out there when it came to the release of her sex tape. Now, it appears that the young oversexualized arm candy for her “saggy balled” husband Doug Hutchison has been reconsidering her stance on the release of the tape of her diddling herself.

She has already confirmed the tape’s existence, but said that it’s not “out in the media”. Will she go as far as “leaking” the tape herself?

She said in a new interview, “There is that saying ‘never say never.'”

You know what that means, right? She got a call from Vivid head honcho Steve Hirsch and she is considering becoming independent of her hubby. Will James Deen be called in to hook up with her on camera?