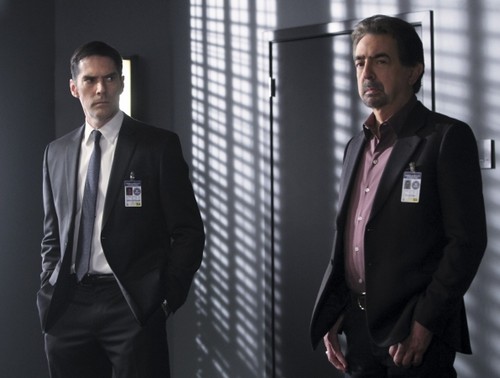 Tonight on CBS CRIMINAL MINDS returns with a new episode called, “Carbon Copy.”  On tonight’s show when victims are found in Philadelphia in a similar style to victims of The Replicator, the stalker who has been tracking the BAU’s every move, the team thinks this could be the break they need to try and apprehend him.  Did you watch last week’s episode?  We did and we recapped it here for you!

On last week’s show  the Behavioral Analysis headed to Austin to investigate victims found there with their watches set inaccurately, a clue which may connect the crimes. Meanwhile, the UnSub stalking the BAU inched closer in his pursuit of the team.

On tonight’s show it is going to bring focus to the recurring unsub who has been stalking the BAU this season.  Tonight we are going to learn what happens when The Profiler gets profiled.  According to Hotch, the unsub is telling them the game has changed. “First he was chasing us, copying the cases we solved, and now it’s our turn to chase him.” In other words, as Rossi puts it, “Tag, we’re it.”

It looks like The Replicator is stepping up its game right off the bat on tonight’s episode!  JJ gets a flower delivery and the card indicates that the gift comes from whomever has been following everyone in the BAU.  They all sit down together in a conference room and go over the previous victim’s, looking for similarities in the deaths or clues they may have missed.  Rossi believes the copycat murders are simply crimes of opportunity. It doesn’t matter who he kills, as long as he kills.

As the team is in flight to Philadelphia another body is discovered.  Meanwhile in a grocery store parking lot  a woman is approached to sign a petition, she finally agrees and the pen won’t work. As the guy reaches into his coat for another pen, he instead pulls out a gun. He mentions her son Eddie and she agrees to get in the car. Her body turns up in Fairmont Park with a bloody picture of Hotch attached to it. They realize that the victims are registered nurses.

Strauss tells the BAU that she has been advised to take everyone off the case because they are officially targets. They insist that they can handle it and she reluctantly agrees. They piece things together enough to realize that this guy is trying to get revenge for a lethal injection case in Pittsburgh. Donny Bidwell is this clown’s name. He was originally held as a suspect in a serial killer case. His name was leaked to the press and his life was ruined.

The BAU finds him at home and after a gun fight and a foot chase he is taken down.

They go back through his records and realize that shortly after he had been released he was beat in a bar because people thought he was the nurse killer. He took a blow to the head and was never the same. He is going through a divorce and his ex just so happens to be a nurse. Rossi gets nowhere with him so JJ gives it a shot. She tries to connect with Donny on a human level, by talking about his kids.

Donny absolutely flips out in the interrogation room while Hutch goes through his apartment and finds an envelope of eyelids and photos of the BAU. When they mention the copy cat murders he looks baffled. He gets his one phone call and starts shaking while on the phone. They had given him his anti-psychotic meds and Donny takes the whole bottle. He dies en-route to the hospital and they start looking for whomever set him up.

The BAU tracks the last phone call, hops their private jet and flies to Pittsburgh. The cell phone is pinging from the same spot and once there they find a body that was beaten with a hammer and a million photographs of the whole team. Tune in next week for more Criminal Minds!