Dancing with the Stars Season 17 Cast and Pairings 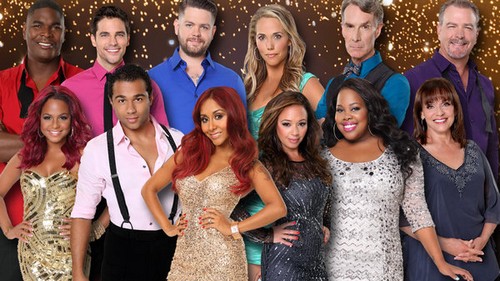 The season 17 cast of Dancing with the Stars has been announced including their pairings with their professional dance partners. The premiere episode will be a  two-hour show on Monday, September 16 from 8-10 EDT.

ABC announced that there are some significant changes in this seasons format: Dancing with the Stars returns for Season 17 and shakes things up by transitioning to a one night, two-hour format. The one-night extravaganza will feature competitive dance, dynamic group performances and musical guests, all while climaxing to a dramatic elimination. Each week viewers can vote for their favorite dancing performance and beginning with the second episode on Monday, September 23, one couple will be eliminated at the end of the show by combining the judges’ scores from that night, along with the public votes from the previous week.

Celeb Dirty Laundry will be covering all the of action of each show live for you – so tune in here and follow along with the show!