‘Dancing with the Stars’ Season 16 Premiere Preview & Spoilers: Will this be a Stunning Season to Remember? 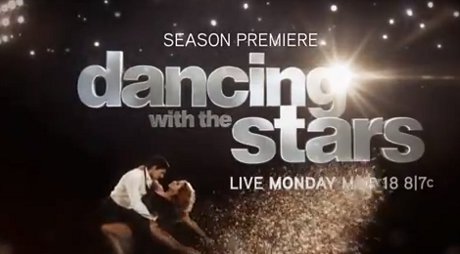 Cue music, warm up those feet, and get those hips loose because Dancing with the Stars, TV’s hottest dance competition, is making its return for its 16th season. The show is back with an all new cast of eager, ambitious celebrities and there are bound to be a few bruises along the way. Aren’t there always some bruises? Hey, it ain’t ballroom without a bit of pain! If there’s one thing these new celebrities will learn before their time’s up on the show it’s that dancing, as a sport and an art, is a tough thing. Let’s just hope the celebs have what it takes! The following lines contain some preview info and spoilers, so if you want to be totally surprised during tomorrow night’s premiere then divert your attention elsewhere!

The show will be adding two new styles to the competition: Jazz and Contemporary. Now, some people are a bit grumpy about the addition of Contemporary, being that this show always has been about hardcore ballroom, but I think they are trying to appeal to a broader crowd a la So You Think You Can Dance.

Below are a list of the celebs with their dancing pro partners, as well as the dance style they’ll be performing:

There you have it. There’ll be a lot of Cha Cha Cha-ing and it’s interesting that Derek has gotten the Cha Cha on his first night again; out of all of his seasons on the show (11 total), he’s danced the Cha Cha on night one 6 times. Cha Cha is always included during the first week of dancing, so it’s no surprise to see so many of the duos participating in this style. I’m very excited to see the Contemporary dances, as the three celebs who received this style are expected to be fairly strong competitors. But, as always, we’ll just have to wait and see.

Which couples are you most looking forward to watching? Don’t forget to tune in Monday, March 18th to get a piece of this hot DWTS ballroom action! If You Want More Hot Celeb Dirty Laundry News Then Please Like Us On Facebook and Follow Us On Twitter!