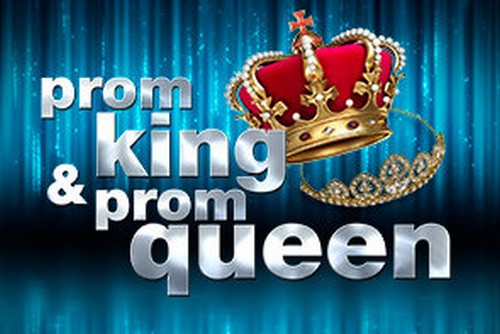 Who will be the prom King and Queen on Prom Night of Dancing with the Stars Season 16?  Week 3 will be exciting so let’s get out our sequin gowns, corsages, cummerbunds, and chaperones for a unique and special-a night to remember.

Let’s go over some Prom Night routines that are sure to dazzle and delight and could be one of dancing’s prom night king or queen:

How can we not choose our Disney Princess Zendaya Coleman and Val Chmerkovskiy who leaves us in mystery with their dance style for Monday. Although Zendaya is only 16 and probably has not gone to the prom we can surely expect the amazing from Val. A Ukrainian who had a modest American prom but if anything like his sexy brother Max Chmerkovskiy we can expect the unexpected and be dazzled by our Disney princess and becoming bad boy.

Baltimore Ravens’ finest Jacoby Jones and Karina Smirnoff’s Rumba will be the one to watch. I am not sure about the Rumba for Prom Night but for entertainment purposes I am ready for Mr. Jones to show us his hip action.  This should be an interesting dance and looking forward to the Prom Spin.

The Olympic Gold Medalist Aly Raisman & Mark Ballas’ Viennese Waltz is perfect for a great prom night finish dance. Aly’s grace and charisma will surely help her go a long way with this dance and prom night.  This dance should be able to show us a different side of Aly which is romantic and allow us the viewers to take her more serious in this competition.

Country Finest’s Kelly Pickler and Derek Hough’s Jive should be shocking since neither partner has gone to the prom. Derek has an amazing way of choreographing a routine and I cannot wait to see an old-fashion 50’s prom Jive. Derek and Kelly is one of the teams to beat and will jive their way to the mirror ball trophy.

With the potential for Prom success also comes the possibility of prom disaster but lucky for us regardless of the outcome Prom is memorable to anyone who attends so I am anxiously awaiting comedian D.L. Hughley and Cheryl Burkes’ Salsa. Especially since D.L. have shown he has neither rhythm nor dancing abilities. The fans have saved D.L. to redeem himself for another week and hard work does pay off so with that said, D.L. this is your second chance at Prom redemption. Good luck.

Actor Andy Dick and Sharna Burgess Cha-Cha-Cha should be technical but with Andy fun and games take on dances and this one will more likely be the gesture of the prom and not the king.  Andy’s fate was sealed last week and he would have gone home but Dorothy Hamill withdrawing from the competition saved him for another week. I think this cha-cha-cha will be his last for season 16

The dance assignments for Prom Night:

Regardless of the dances, Prom night should be interesting and allow everyone to experience prom whether you attended or not.  Be sure to tune in to Celeb Dirty Laundry Monday for the performances and Tuesday for the results to see who will be named Dancing with the Stars Prom King and Queen!