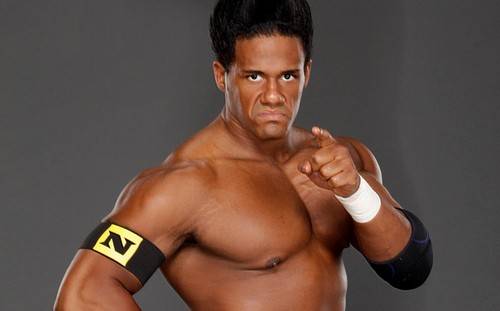 More and more celebrities and sports figures are starting to come out of the closet, and the latest to join the trend is WWE superstar Darren Young and his live-in boyfriend, Nick.

Young was spotted by some paparazzi at the airport and he was asked about his thoughts on whether a gay wrestler would ever be able to succeed in the WWE. It’s not clear whether the paparazzi had heard the rumors surrounding him or they were just asking out of curiosity, but his response was quite revealing. He said, “Absolutely. Look at me. I’m a WWE superstar and to be honest with you, I’ll tell you right now, I’m gay. And I’m happy. I’m very happy.”

His revelation makes Young the first openly gay wrestler with the WWE, although it’s likely more will come forward in the next few years.

Although it’s always been an unsaid taboo role that coming out as gay in wrestling or football could ruin your career, it’s changing slowly. There have already been some football stars who have come out as gay without it affecting their career [so far], and Young hasn’t been dropped from any major promotions or his headlining gig. It’s unlikely this revelation will really affect him that much, but since he’s the first WWE star to come out, we’ll have to see how the wrestling world reacts to this news.

What do you guys think about Darren Young admitting that he’s gay? Do you think it will affect his career at all, or will nothing change for him? Let us know your thoughts in the comments.