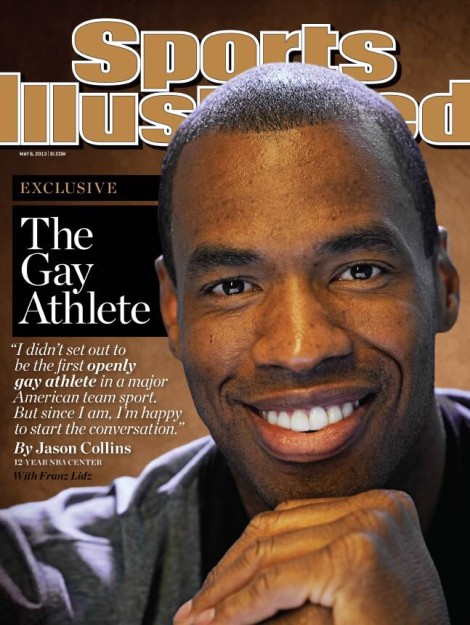 Jason Collins made a massive decision and came out. The 34-year-old NBA veteran announced he was gay on the cover of the upcoming Sports Illustrated magazine.

“I didn’t set out to be the first openly gay athlete playing in a major American team sport. But since I am, I’m happy to start the conversation. I wish I wasn’t the kid in the classroom raising his hand and saying, ‘I’m different.’ If I had my way, someone else would have already done this. Nobody has, which is why I’m raising my hand,” he said.

He credits the Boston bombing tragedy as one of the reasons he finally decided to let people know the truth. “The recent Boston Marathon bombing reinforced the notion that I shouldn’t wait for the circumstances of my coming out to be perfect. Things can change in an instant, so why not live truthfully?”

Collins is the first major active American athlete to come out leading some to believe others might follow in the near future. There were whispers not too long ago that a handful of NFL players were planning to announce they were gay but nothing has happened as of it. Collins’ decision is incredibly brave considering homosexuality hasn’t been as welcomed in the macho world of pro athletics as it has in everyday society. Collins is very aware of this stigma.

“Some people insist they’ve never met a gay person. But Three Degrees of Jason Collins dictates that no NBA player can claim that anymore. Pro basketball is a family. And pretty much every family I know has a brother, sister or cousin who’s gay. In the brotherhood of the NBA, I just happen to be the one who’s out.”

How do you think Jason Collins’ gay announcement will affect other gay pro athletes? Will there be a surge of others doing the same?