David Arquette Relapses Into Alcoholic Drunkeness: Back On The Booze After Two Years Of Supposed Sobriety 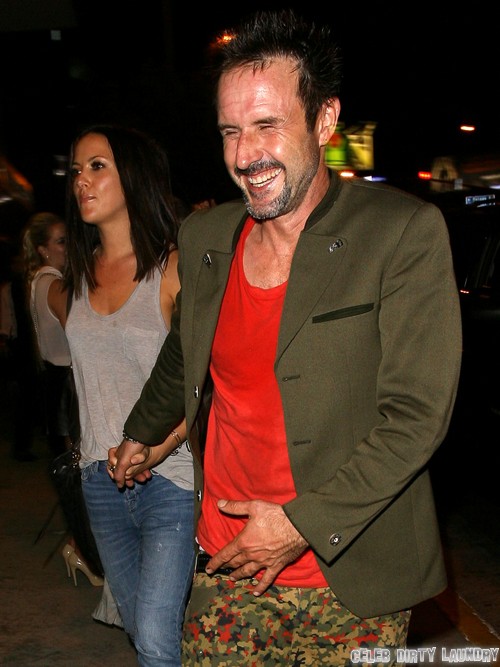 There were rumors a couple of weeks ago that David Arquette had relapsed from his alcohol sobriety, but now he himself confirms the rumors.

In an interview with Howard Stern, Arquette admitted that he had fallen off the wagon after more than two years of being sober. He revealed, “I’m drinking again… I’m a drinker. I drink a lot.” He added that he was sometimes ‘out of control’, but he was trying to ‘keep a cap on it’.

He also stated that he was trying his best to stay a ‘responsible person’, and that everyone close to him was trying to be understanding, including ex-wife Courteney Cox. He added, “Courteney’s super cool. Everybody’s getting along and understanding. We’re being kind and loving to each other. I’m living my life and I’m trying not to hurt people.”

There were some rumors that the breakdown in his marriage to Courteney Cox was caused by alcohol abuse, but that just been based on unsubstantiated stories and not confirmed by anybody. It wouldn’t be hard to believe, when you look at Arquette’s previous history of alcohol abuse. It’s also harder to live in Hollywood and try to stay sober, especially with so many negative influences around. Hopefully, this doesn’t affect his career, and he’s able to place his health first and foremost.

What do you guys think of David’s confession? Will he get the help he needs, or will he continue to spiral out of control? Let us know your thoughts in the comments.

David Arquette holds hands with a gold-digger date outside Bootsy Bellows in Hollywood, California on August 17