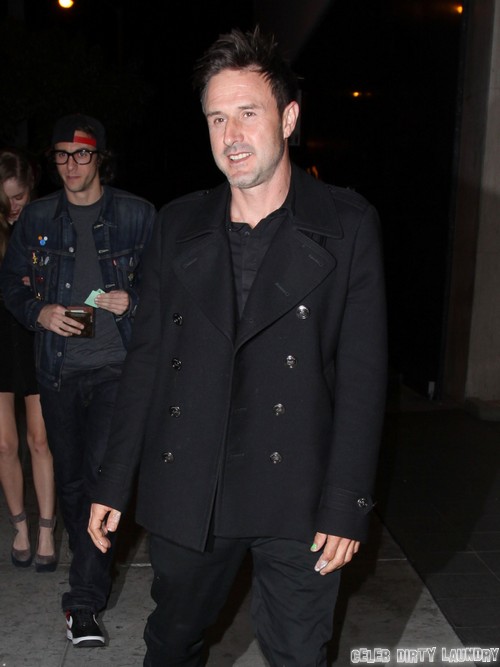 After an entire year of being sober, David Arquette was reported to have fallen off the wagon. He was spotted on a drinking binge at a strip club after finding himself party buddies via Twitter [sketchy much]?

Reports speculate that David has fallen off the wagon because his divorce to Courteney Cox was finalized a few weeks ago, and it is dredging up memories for him. While that may very well be the case for his return to drinking, it certainly doesn’t explain why he also decided to delete his Twitter.

Maybe he finally realized that nothing good could possibly come out of drunk tweeting, something most celebrities on Twitter still haven’t figured out. Neither he nor Courteney have publicly commented on his falling off the wagon, but I don’t see Courteney saying anything. They’re not in a relationship anymore, and so she has no reason to speak about his issues with alcohol in public. Of course, that hasn’t really stopped celebrities and their ex-wives/partners from discussing private issues with the media, but I like to think that Courteney is better than that.

Anyway, while David is now off Twitter and has presumably relapsed, the next step would be a return to rehab if he can’t get his drinking under control. It will be interesting to see if he actually decides to return to rehab, or whether he claims that the drinking binge was a one-time occurrence and won’t happen again.

What do you guys think will happen? Will David admit to relapsing? Why do you think he quit Twitter? Let us know in the comments.