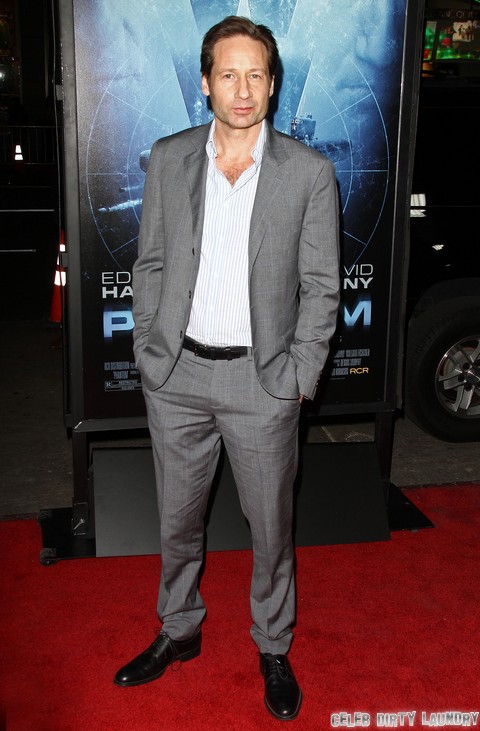 Gillian Anderson and David Duchovny are iconic in their own right. They formed our teenage memories and made us alien hunters over weekends. It was a wonderful time back then, when life was still simplistic and X-Files had to be watched whenever it aired (there were no DVR’s and DVD’s formed the plot to Arthur C. Clarke novels). At school, when the bullies left to kick a minority group, we used to gather around in the cafeteria and discuss the most recent episode of X-Files. It went something like this: Scully almost died! Did you see how Mulder kicked that Sasquatch’s ass? Why didn’t you watch the episode? What’s wrong with you? Our generation, my generation, were graduating members of the X-Files class. Mulder and Scully and aliens and bad monsters formed part of our vernacular and kept our minds fixated on the truth that was once “out there”. Today, several years since the weekly screenings of X-Files, Anderson and Duchovny are still known as the couple that “could never be”.

The rampant rumors of their “alleged” relationship seared the face of modern pop culture, and made them as popular as ever. They deny these rumors of romance. They deny any intimate involvement, but, in true celebrity fashion, a rumor is only a web link away from being sliced open and served as an entrée. During a recent interview, Duchovny kicked the rumors like a Walking Dead character kicked zombies. Asked about the age-old feud between him and Anderson, he replied, “You tell me why. We’re great friends. In fact, last year the tabloids had us living together, so maybe we turned the corner. Some guy passed me on the streets the other day and actually said, ‘Is it true? Are you living with Gillian?’ I said, ‘If I am, she’s extremely quiet, because I haven’t noticed her just yet.’”

In late 2012, a blog writer alleged that Anderson’s children are, in fact, Duchovny’s offspring. The blogger wrote, “Not only did she publicly announce the split between herself and her partner, but in a Sunday Times article she hints at the fact that her kids might not be the children of her now former partner. So, who do they belong to? How about David Duchovny? The ages would match the times he was going through rough patches with Tea [Leoni] and definitely the youngest who was born about the time Tea and David officially called it quits. Oh, and did you notice that Gillian called it quits with her partner on David’s birthday?”

This revelation, albeit speculative, does point to a hypothetical scenario that could burst the tumor of indiscretion. It’s not unheard of in Hollywood, and it’s definitely not unorthodox, but is it true? Well, if we had a geneticist and a healthy helping of Duchovny’s blood/hair/whatever, we could rummage through those genes like a hungry child on Ritalin. (We don’t have a geneticist – we only have a psychic that told us to wear yellow on Sundays because it keeps the ghosties away!)

The truth might never be out there with Anderson and Duchovny, but at least, in the distant future, we’ll be able to sit outside with our children, watch the stars, and thank Mulder and Scully for making us believe in the impossible.