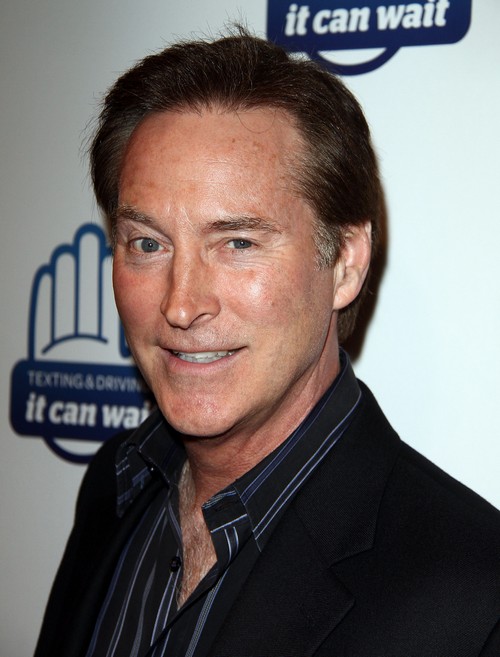 Longtime fans of Days Of Our Lives are more than a little familiar with Drake Hogestyn, the 60-year old actor who has portrayed the character of John Black since 1986. His front burner story lines have given him a place in the proverbial Soap Opera Hall of Fame and his great looks and intensity have had fans lusting from day one. Unfortunately the NBC soap hasn’t always been kind to the actor and he has been let go on three different occasions.

According to the Nov. 11th print edition of GLOBE magazine money is at the root of Drake’s dismissals. Back in the 90’s when soaps were still a big business Drake was commanding $25 grand per episode! If you do your math then you know he was likely raking in $75 grand a week, as front burner story lines run three days a week for months on end. Whenever Days’ needed to scale back their finances Drake was one of the actors to go because without him the shows’ budget looked a whole lot better.

Since being let go earlier this year Drake has decided that money isn’t the real issue any more. He probably has made more than enough and now just wants the privilege of working on the show that has provided him with a really comfortable life. Of course the powers-that-be want Drake as part of the cast because with him comes a bunch of longtime viewers that may not tune in when his character disappears. At this point the fans will be thrilled to know that he’s already filming scenes that are set to begin airing in January. As for his adjusted pay? Well Drake is believed to be making around $3400 an episode now which is a pretty huge cut to take. Do you think that $25 grand was a ridiculous amount to have paid a daytime actor in the first place or did Drake earn every penny? Tell us your thoughts in the comments below!