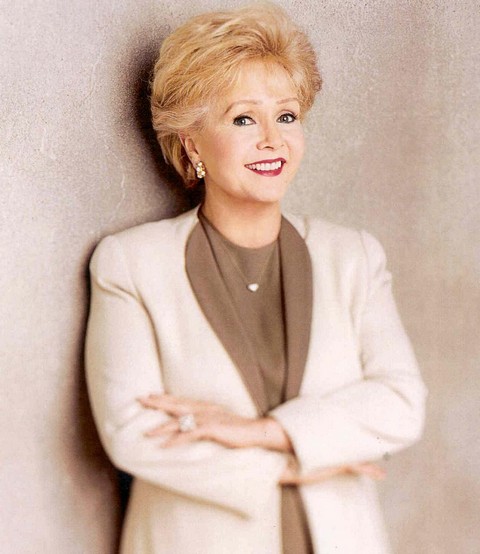 Money troubles and heartbreak aren’t anything new in Tinseltown. People have always cheated, friends have stolen husbands and pregnancies have been orchestrated for decades. None of this is anything new and in case we doubted it, a new book by Debbie Reynold’s is blowing the lid off of a few of Hollywood’s oldest classic scandals.  Unsinkable hits book store shelves on April 2nd and inside readers will find more than a few stories that Debbie feels need to be told, truthfully.

According to the April 1st print edition of the GLOBE Debbie feared her third husband, Richard Hamlett and truly believed that at one point he had contemplated tossing her from a balcony. He was a notorious cheat and to this day she fears him. Debbie also says that while she focused on work Hamlett was cleaning her out financially. She ultimately lost her Debbie Reynolds Casino and Hotel because of his crooked machinations and although she eventually rebounded financially, that marriage has clearly left a bad taste in her mouth.

Why is Debbie talking now after years of silence? Apparently the icon suffered a mini stroke last year and it served as a wakeup call of sorts. She realized that there were things that she needed to speak about and clear the air on before she died…. Unsinkable serves as a tribute to the real life of a Hollywood legend. It also speaks to her character. Debbie has to be a woman with real strength and grit, if in spite of her fear of Hamlett she has still chosen to tell the story of her time with him.

If you’re a Hollywood fan than this might be the kind of book you’ll want to check out. Honestly, who doesn’t love Singing In the Rain – one of Debbie’s most popular films!