Demi Lovato Slams Justin Bieber – Do Any Of Selena Gomez’s Friends Like Him? 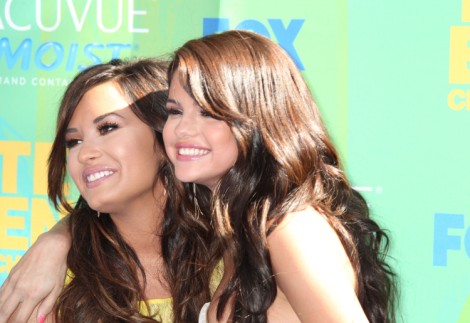 Is it safe to say no one likes Justin Bieber? Or, even worse (for him, not for me), has it become cool to hate on Justin Bieber? I’m not saying those are Demi Lovato’s motivations – slamming Justin Bieber in public is fun regardless of the cool factor – but now it just seems so much easier to get away with it without having to deal with any pesky repercussions.

Case in point at the X Factor auditions a couple days ago. TMZ reports that Demi Lovato slammed Justin Bieber a few times when critiquing a possible contestant. Apparently she didn’t like his vibe because she said, “We don’t need another little punk running the streets.”

Then, when a different kid came up and sang, “As Long As You Love me” she remarked, “Well finally someone can sing the song the way it was meant to be sung.”

Dang! Not one but two smacks on the same day! That’s respectable. Is it better than Taylor Swift’s tongue of disappointment? Not sure but it’s pretty darn close.

This is why I don’t understand Selena Gomez. Two of her closest friends not only dislike the guy but get off on humiliating him in public. Doesn’t that embarrass her? Doesn’t that make her stop and ask, “Why the hell am I going back to this chump AGAIN?” Or are we all jealous of his success? Are we all commoners who don’t understand his genius?

Maybe it’s a boredom thing. Maybe with Taylor on tour and Demi on X Factor Selena needs something to distract her and keep her busy. Say what you want about Justin but he is entertaining.  I’ll give her that. It can’t be the muscles or the manly facial hair that’s for damn sure.

Do you think Selena Gomez’s friends are being insensitive or is he just too much of a joke now for Taylor and Demi Lovato? Justin Bieber has his work cut out for him if he wants this latest reconciliation to last, right? You can’t last long if the friends aren’t on your side.