Justin Bieber And Selena Gomez Back Together For Fourth Of July – Will It Last This Time? (PHOTOS) 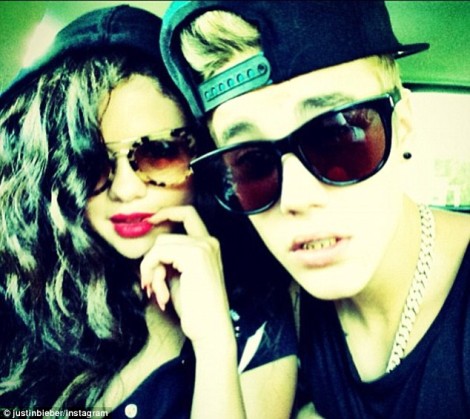 Before I shit all over this girl and the story let me say… I get it. It’s the summer. Who doesn’t want a boyfriend on the beach during the Fourth of July? Selena Gomez is not the only girl who has lost her head to rekindled romance under the hypnotic glow of sparklers and roasted marshmallows. Katy Perry was also caught back with her douche bag and they were wearing matching stars and stripes shirts. So I’m just saying… patriotism tends to make fools out of all of us from time to time. This is what I’m telling myself because I just can’t believe Justin Bieber and Selena Gomez are back together for the long haul. But they were back for Uncle Sam’s b-day and we’ve got the photos and video to prove it.

Three different social media pages place Selena at the scene of the crime. Two of Bieber’s friends, Alfredo Flores and Jas Prince, posted videos on their instagram pages yesterday and Selena can be made out in both. These dudes were hanging with Bieber and Lil Twist over the holiday. THEN Justin posted the above pic with the caption #heartbreaker. We know this is Selena on the left because she posted a pic of herself and her friends (see below) wearing the same sunglasses. So they were obviously together. Are we supposed to take it that Justin is calling her a heartbreaker and implying she’s still dicking him around? Or, is he just pimping his new song, Heartbreaker, which he reportedly wrote about Selena?

Does it even matter? At this point who out there actually thinks this nonsense is going to last the summer? Selena must get bored or lonely and need something to load her with attention and Justin’s that guy. When she finds someone else who’s taller and will do the same then she’ll move on. Or maybe this is true love? The fact that Justin marketed his song while uploading the pic leads to believe this is still a business arrangement though. Perhaps that’s the only reason why we haven’t seen Taylor Swift take a pic of herself making this face and post it on twitter yet. But I’m waiting – patiently.

What do you think of the pics? Are Justin and Selena back together for good or is this just a summer/work thing?