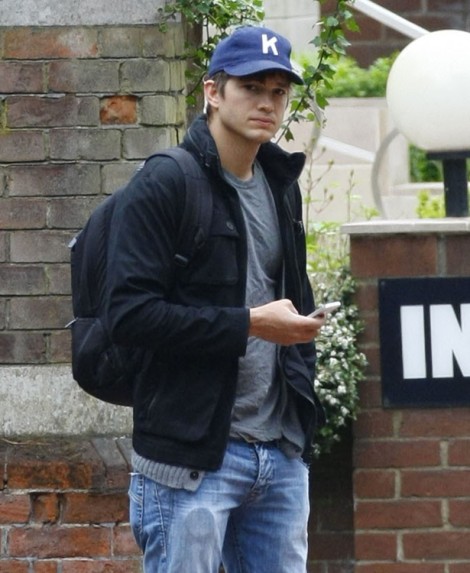 God damn, I hope this is true because it’s AWESOME. Perhaps a bit bitchy and definitely woman scorned but who gives a shit at this point? Demi Moore is still pissed and pissed off women do amazingly bad, yet entertaining, things. Let’s just reap the benefits of the disastrous fallout!

According to the latest Star magazine, Demi is flashing pics of Ashton Kutcher’s less than bragworthy member all about town. Apparently the pics don’t leave a “big impression”. Brilliant. And I guess this is nothing new. In 2003  Brittany Murphy made an Ashton Kutcher/small penis jab on a talk show but apologized after. So it is true!! I never knew. It could just be what pissed off ex-girlfriends/wives do but I could see it. Maybe I just want to see it but see it I do.

I don’t know what’s weirder though the fact that Demi Moore is showing Ashton prick pics or the fact that she still has pics of Ashton’s package on her phone. Bitch it’s been over a year, delete that shit! What would her new spiritual adviser think? That can’t be very helpful with the whole moving on process. But I’m beginning to think Demi (a.k.a. Miss Dinsmore) doesn’t want to move on. Being angry and heartbroken are such full-time commitments. There’s only so much yoga you can do to take your mind off things.

So is this why Ashton’s really following Mila Kunis around in London? I wouldn’t want to be in LA either if my estranged wife was giggling with Russell Brand during downward-facing dog behind my back.

What do you think about the Demi Moore/Ashton Kutcher penis pics scandal? Should she put her phone away and get the hell over it or are you anxious to see what else she has in her library? You know what my answer is.