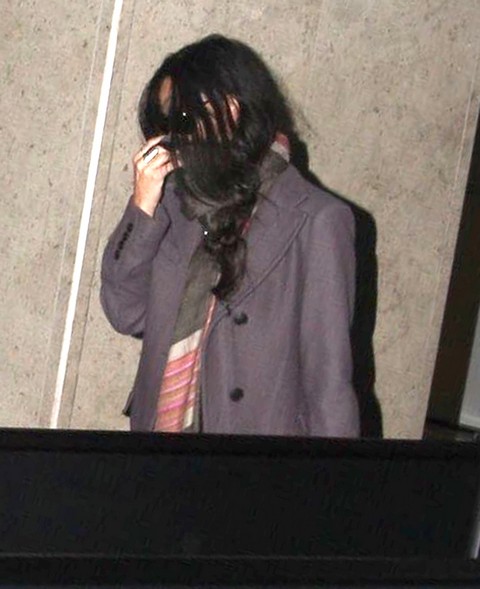 My guess is that Ashton Kutcher and Mila Kunis are finished walking on eggshells when it comes to his ex, Demi Moore. If you remember Ashton gave Demi nearly a year to come to terms with their failed marriage and to file for divorce on her own before he finally forced her hand and did it himself. He knew that their split was not what Demi really wanted and she really unraveled for awhile afterward so Ashton seemed sensitive to her fragile state. Then Demi started playing legal games and all bets were off.

In recent weeks Mila Kunis has been spotted wearing a ring and sources close to the couple say that they are definitely engaged and hoping to start a family once Ashton is finally a free man. Mila and Ashton have made their love very public and they are no longer tip toeing around Demi. That was never more apparent then at the Sept. 18th funeral of Kabbalah pioneer Rabbi Philip Berg.

According to the Oct. 7th print edition of In Touch, both Mila and Demi came face-to-face at the funeral for the first time ever. Mila had her big girl panties on and carried herself well but Demi totally lost it. She thought it was in extremely bad taste for Ashton to being his girlfriend when he knew that Demi would be there. Ashton clearly has his priorities in line though and Mila should have been with him because her feelings and support is far more important than allowing Demi to still control his life, don’t you think? It’s about time Ashton has finally decided to step over Demi and keep it moving! Tell us in the comments below!