Demi Moore Obsessed with Making Ashton Kutcher Jealous — But He Could Care Less! 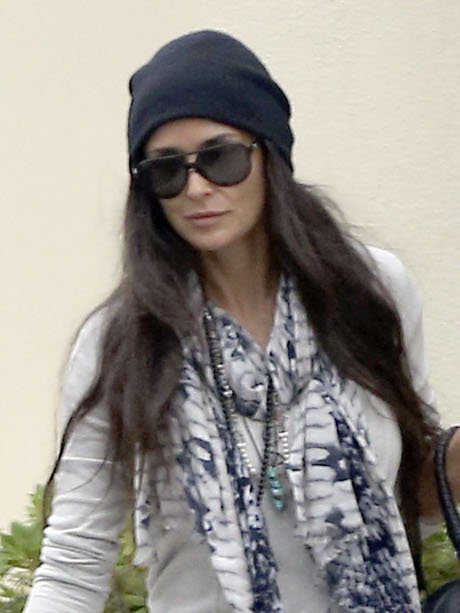 Demi Moore just really doesn’t get it, does she? She and Ashton Kutcher officially split a year and a half ago but she still insists on living a life that is meant to get a reaction out of him. The occasional actress has always had a serious problem with her age and body image. She’s one of those Hollywood ladies that truly can’t deal with the idea of getting older and the obsession to appear young has took a serious toll on her relationships with people.

According to the June 10th print edition of GLOBE, Demi has whipped herself into even better shape thanks to yoga. She’s been entertaining a revolving door of much younger men and the whole idea is to make Ashton jealous. Demi wants him to realize what he gave up but the problem is, I don’t think he cares at all. Instead he is happily playing house with Mila Kunis. Mila may have lousy choice in men but she seems to be one of the saner actresses in Hollywood and I’m sure that is a welcome treat for the actor.

Ironically, Demi had set her sights on her daughter, Rumer Willis‘ ex beau, Harry Morton for awhile. I guess she thought that Ashton would be jealous but according to sources close to the actor he was disgusted that Demi would go after her daughters sloppy seconds! The only thing that she has really accomplished by her recent actions is to make Ashton happy to be free of her and her insecurities.

Will Demi ever get it and really understand that looks and appearance is supposed to be secondary to what is on the inside? Do you think she is the most shallow chick in Hollywood? Tell us your thoughts on Demi in the comments below!