Derek Hough’s ‘Dancing with the Stars’ Future Uncertain: What’s Next for the Ballroom Powerhouse? 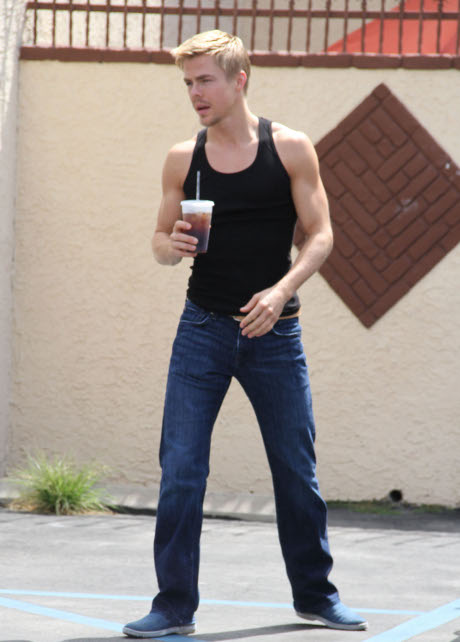 At the end of season 15 of Dancing with the Stars professional dancer Derek Hough was considering not returning to the popular ABC dance competition show. Derek is one of the most popular professional dancers on the show. His fans gave a collective sigh of relief when he was back for season 16 in March.

Now that season 16 has finished and Derek won his fourth mirror ball, he is once again considering quitting Dancing with the Stars. Derek wrote a blog post for TV Guide, which was posted online on May 23. He said there are some factors that will determine if he will return and that the new season is not happening for a while.

In his blog Derek talked about dancing with Kellie this season. A criticism they received was that both dancers’ emotions were not coming through in their dances. Derek and Kellie were doing a free style dance for their last dance, and instead of ramping it up he thought it should be stripped down to accommodate Kellie’s strengths. She complained earlier in the season she wished they were doing a dance made for her. This is how Derek and Kellie won the competition.

Derek also says in his blog that he has some projects to occupy him this summer. Derek will be working with Meryl Davis and Charlie White on their Olympic routine. He will also be working with the L.A. Philharmonic Orchestra at the Disney Concert Hall.

My guess is Derek may want to follow in the footsteps of his sister and former Dancing with the Stars dancer, (and two time winner) Julieanne. Following her departure from the show Julieanne expanded her interests. She had acting roles and even began a recording career. Derek reassures his fans that his next projects will stay close to what he does best. A Dancing with the Stars insider told the Chicago Sun-Times:

“Derek has always wanted to eventually get back to the stage or other kinds of TV projects and even films. I know he’s had lots of offers. This seems like the right time for him to pursue all that.” Post show on May 21 Derek told reporters “Next year (2014) is going to be a little different. That’s when these projects I’m working on will come to life. Right now, they’re in the preparation stages. (So) it might be a good idea to do next season.”

Season 17 of Dancing with the Stars returns in September. If Derek decides not to return his fans may not return either. That would be a big blow to the show.