Derek Hough The Next Bachelor For $3 Million 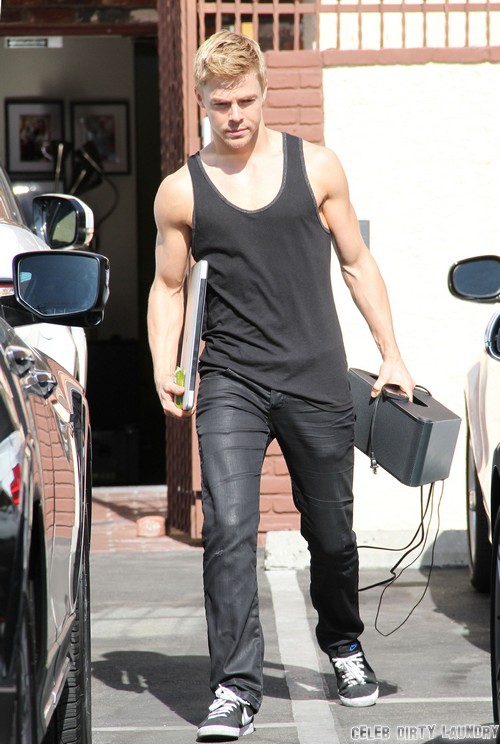 It’s funny, Sean Lowe went Bachelor and then Dancing with the Stars, and Derek Hough is about to go the opposite way. However, according to a source close to Derek, he ‘isn’t ready to hand out roses just yet’ despite the studio’s interest in him. According to this source, Derek got a taste of what it was like to open up his love life to the public when he dated Cheryl Cole and he’s not interested in repeating the experience.

However, Bachelor creator Mike Weiss is said to be very keen on getting Hough for the Bachelor, knowing that ratings will skyrocket. The source says, “Mike thinks Derek would be the ultimate Bachelor because he’s already a household name.” The source adds, “The show is desperate for another famous guy to star on the show, and they always come back to Derek.”

Of course, Gossip Cop has already denied the report, like the good little mouthpiece for publicists that they are. I mean, Hough wouldn’t want reports of negotiations leaking out. If he really was being eyed for the Bachelor, and he was being offered $3 million [I actually think that figure could go a lot higher], then Hough’s team would be doing their best to keep a lid on these kinds of reports so that he can leverage as much money out of the network as possible.

Do you guys think that Derek Hough would make a good Bachelor? I have a feeling he’ll take the payday, appear on the show, and then break up with whatever girl he ‘chooses’ within months. You know, kind of like all the other Bachelors in the past.