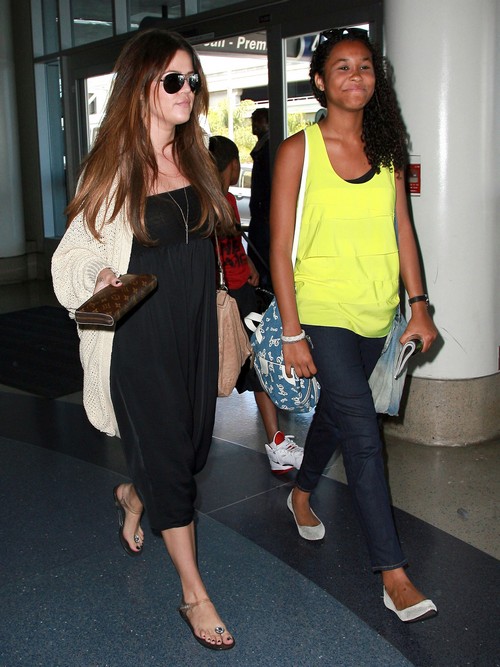 Destiny Odom, the daughter of Lamar Odom and step-daughter of Khloe Kardashian, is finally getting help for her problems.  Radar Online reports that after months of depression and cutting herself, those close to her have finally realized that Destiny needs help and are making sure she gets it.

Khloe Kardashian took it upon herself to step in when things got messy in her step-daughter’s life.  Destiny has reportedly been in deep depression for the past couple of months, cutting herself multiple times, and tweeting things like, “I feel as If I am drowning in my own emotions, and I have no home to save me.”

But the real question is: Why has Destiny, the daughter of two wealthy and supposedly stable parents, managed to sink so low into depression without anyone noticing until now?  Of course, teenagers have their own troubles, but cutting yourself is often a sign of very deep depression, which doesn’t necessarily come from regular teenage problems. It seems as if having two famous parents may not necessarily be the best thing for a child, especially one that doesn’t have the strongest relationship with her parents.

It may be a cry for attention, and we should be thankful that Khloe and Destiny’s own mother and Lamar’s ex-wife Liza Morales noticed what was going on and are getting her the help she needs.  But Radar’s report noted that Liza spoke to them directly, saying, “This matter has been addressed with our daughter. We have a professional on board to evaluate the situation; Destiny is not hurting herself but we are not taking this lightly.” Now, when your own child is going through such trouble, is your first thought to reach out to a tabloid to make sure your public image is not tarnished?  Nothing else should matter, except for your child and their health.

Well, what else can you expect from reality stars?  And it seems as if they’ve taken down Destiny’s twitter feed as well; to keep her from getting negative attention on Twitter, or to make sure that she doesn’t showcase the family in bad light?  It may seem harsh to think like this, but the Kardashian family has shown themselves to not be above such stunts.

Either way, the most important thing to take way is that Destiny is fine and is [hopefully] getting the help she needs.