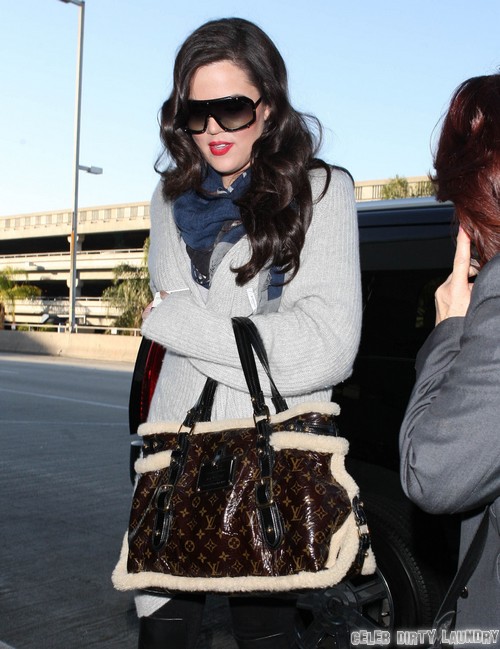 Reality star Khloe Kardashian really wants to be a good stepmother to hubby Lamar Odom’s daughter Destiny. So when the 14-year-old began going through a tough time emotionally, Khloe stepped in. It’s always good to help those in need, especially when you’re an unqualified reality television nitwit who knows what it’s like to fall on hard times. Ha. We kid, we kid.

Apparently Khloe was shocked to read Destiny’s Twitter messages of depression and low self-esteem and how she admitted to cutting herself. Destiny took to her Twitter page to say, “I feel as if I am drowning in my own emotions, and I have no home to save me.”

Then, one of Destiny’s followers asked her when she cut herself last and how often she does it, she responded, “Tonight and I don’t count.”

Star magazine reports that the teenager was feeling isolated in recent months and has not been able to see her mother, Liza Morales. In addition to all of that, Destiny really wanted to spend more time with her father and Khloe.

A source revealed to the magazine, “Her dad wasn’t around much when she was growing up. But Khloe has made a real effort to develop a strong relationship with Destiny.”

We’re sure that storyline will make for great ratings for Keeping Up With The Kardashians. Well played, E!, well played. We know for sure that Khloe is not a licensed therapist and should not be trying to play one on TV. What do you think?