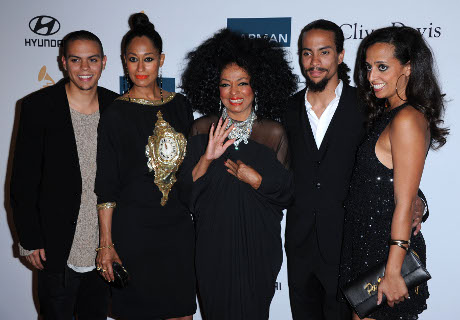 In light of Paris Jackson‘s confirmed suicide attempt, the guardianship of her care and well-being has been put into question by the courts who originally granted Katherine Jackson, Michael Jackson‘s mother, official custody of the Jackson children. While I don’t think many people out there are judging Katherine Jackson for her “parenting” skills, many individuals are advocating a need for change in Paris’s life to help her on her journey — and a change in supervision just might be what she needs.

Michael Jackson said in his will that if he ever was to die that sole guardianship of his children would fall to Diana Ross, the children’s godmother — only if Katherine Jackson became incapable to provide quality care. According to multiple sources, Diana was distraught to hear of the situation involving Paris and has made it clear that she will provide as much help as humanly possible to help Paris heal.

“Diana is extremely concerned about Paris,” a source close to the situation reveals to Radar Online. “She was stunned that Paris attempted suicide and has vowed to make sure she gets the help she needs.”

Other sources around the web are suggesting that perhaps a stay with Diana wouldn’t be a terrible thing. Hollywood Hiccups asserts the fact that . . . . “Perhaps a temporary stay with Diana might not be a bad thing for Paris. Don’t forget, Diana has raised a house full of daughters and they’ve all turned into strong, independent respectable women. It’s obvious that Paris is needing something more than she has been getting from Katherine.”

What do you think about the issues concerning Parish Jackson’s home life/guardianship/future? Right now I think they just need to focus on getting her professional help and then, after that, focus on who will continue guiding her.