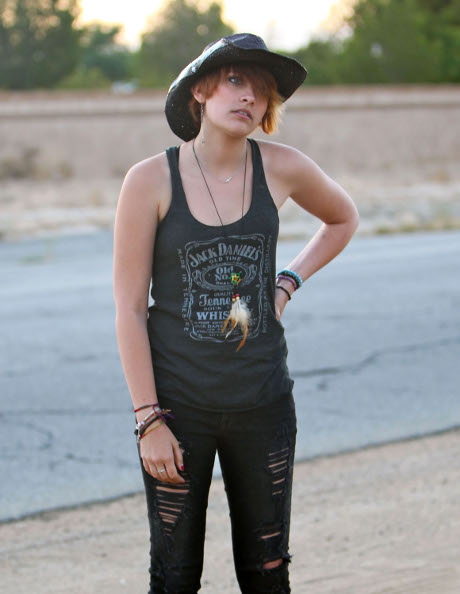 Paris Jackson is currently in a Los Angeles hospital after attempting to end her life. The news comes to us from Entertainment Tonight and reports say that she was taken to the hospital in the early hours of Wednesday morning with numerous cuts to her wrists.

Debbie Rowe tells ET that Jackson has had “a lot going on [lately].” A source close to the situation says she attempted suicide because she was told that she couldn’t attend a Marylin Manson concert. The rocker is set to play there, along side Alice Cooper, at the Gibson Ampitheater on June 6th.

According to updates from TMZ, this is not the first time Paris has attempted suicide, but it is definitely the most serious. And people aren’t viewing this as a call for help, that maybe she was really trying to go through with it:

9:51AM PST:  A source closely connected to Paris tells TMZ … she has “tried this [a possible suicide attempt] in the past” but “this was far more serious.  It was not a cry for help.”

10:14 AM PST: Debbie Rowe‘s lawyer, Eric George, tells TMZ: “We appreciate everyone’s thoughts for Paris at this time and their respect for the family’s privacy.”

We’re really sorry to hear about this unfortunate news and we hope Paris receives the assistance she needs after undergoing something like this. Just ten hours before the incident, she posted a telling, emotional message on Twitter: “yesterday , all my troubles seemed so far away … now it looks as though they’re here to stay.”

Later this month marks the death of her father Michael Jackson, so it was bound to be tough emotionally. Leave your support for Paris in the comments below!