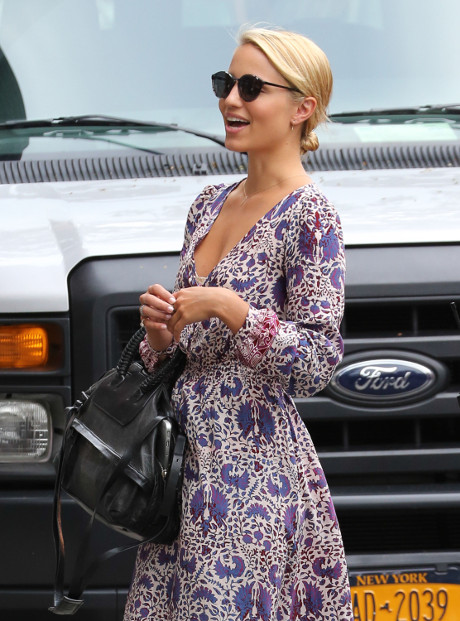 Dianna Agron, most known for her role on Glee, will not be appearing on the upcoming Cory Monteith Glee Tribute episode; however, it’s not necessarily because she didn’t want to . . . . According to sources, she wasn’t invited! An individual with fairly high-ties to the hit fox musical comedy said that several other individuals (not contracted for this current season) returned to pay their respects to the late Cory, but Dianna was not among them, which we find quite strange being that she did play a major part in Finn’s life during the beginning years of Glee.

The source tells Radar Online: “It’s shocking, because even though she’s not contracted for this season, many other actors returned to pay tribute to Cory…even ones with less of a story connection to Finn than Diana had! Remember, she played his GIRLFRIEND on the series, and was a major part of his storyline.”

The insider reveals that Lea Michele (who was Cory’s real-life girlfriend) and co-creator Ryan Murphy “intensely dislike” Dianna and tried their hardest not to make her part of this intimate, emotional tribute episode. And it seems as if they got their way.

The source concludes, “They never saw her as a team player. They simply did not want her sharing the glory for this very special episode.”

What do you make of this drama? Do you think Michele and Murphy really harbor these feelings about Dianna, or do you think people are trying to find drama where there isn’t any — and shouldn’t be any — during these emotional times for the show and Lea?