Clint Eastwood And Dina Ruiz Divorce Drives Her To Rehab 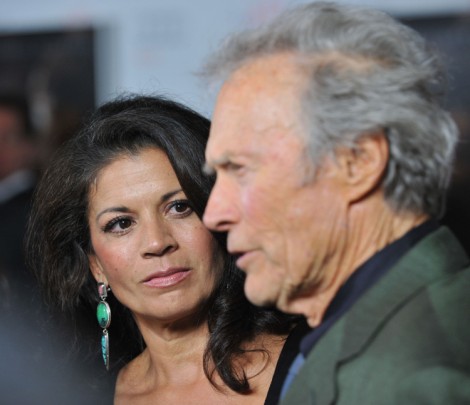 Things aren’t looking so great for Clint Eastwood and Dina Ruiz. Divorce rumors have plagued the couple over the past few months and now it looks like all the pressure and drama are finally taking their toll. Reports are spreading that Dina has recently voluntarily checked herself into rehab although I’m not sure exactly for what but it sounds like depression.

TMZ writes it’s not all doom and gloom yet though. Clint still thinks the marriage can be saved. The couple has been married since 1996. They have one daughter together but he has six other children with many other women. Clint is known to be a huge womanizer and Dina is technically his second wife although he’s had his share of long and short-term relationships over his 83 years.

I’m not sure how this will play out. On the one side, it seems like Dina’s super high maintenance. She obviously wasn’t content to sit back and be Clint Eastwood’s wife. She wanted her managing career and reality show empire to blow up like the Kardashians. Sadly, but not so surprisingly, it didn’t. Did anyone watch that crap show? I wonder if a lot of the depression is coming from that failed venture. Clint’s got to be tired of the nonsense. At his age all he’s got to want is some peace and quiet and I’m not getting that vibe from her.

On the other hand maybe Clint isn’t good about giving her the attention she needs. He has nothing in the pipe lines right now but the dude has worked steadily over the last ten years. That can be tough on relationships – especially relationships to needy women. He’s rumored to be directing the upcoming Jersey Boys film so let’s see if he’s around to work on his marriage after Dina gets out of rehab. I have a feeling he’d rather be working on a movie set….

Are you shocked by the Dina Ruiz/rehab decision? Is this selfish on her part or is it hard dealing with Clint?