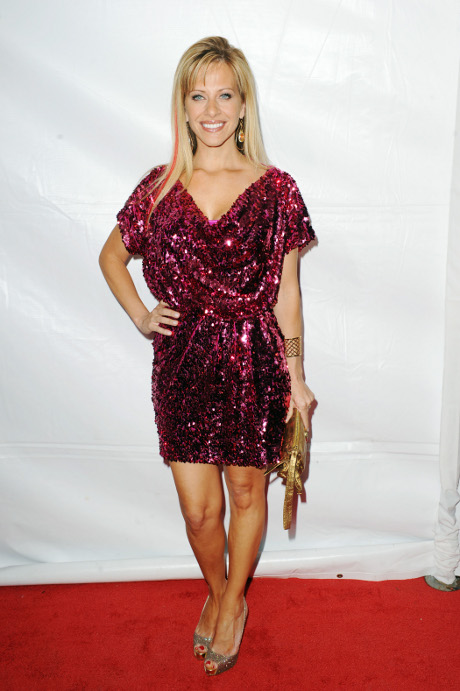 Dina Manzo, a former Real Housewives of New Jersey star, has recently come out on Twitter to say that she and husband Tommy Manzo have separated. And the separation didn’t just happen either. Turns out the former reality TV star has kept mum on the issue since October. Wow, congratulations on keeping a secret like that in the Celeb World. Gold star for you. The split comes after seven long years of marriage.

As is becoming the trend, Dina unleashed her heartbreaking news via Twitter, which we can always count on for stirring gossip-worthy drama: “My secret…I have been separated since October, my heart hurts but Tommy & I will always share a very special love. So grateful for the support of my loved ones during this time, especially my spiritual friends. You know who u are xoxo.”

Dina has nearly 300,000 followers and we’re sure they showed the interior designer and Project Ladybug founder some much-needed emotional support. I’m no expert on RHONJ, but from what I’ve been hearing this lady was fairly crazy during her stint in the earlier seasons of the docuseries — so who knows where the drama will go from here!

The couple married back in 2005. Unlike other hubbies on the Real Housewives shows who are constantly featured and revel in the drama surrounding them, Tommy  never appeared on the show — probably so he could somewhat avoid horrible publicity if something like this ever happened! Dina was married once before; it was during that marriage when she had her first child, Lexi, 17, who is apparently quite close to Tommy. The split seems to be fairly cordial, and it looks as if Lexi and Tommy will maintain a relatively active relationship.

Dina departed RHONJ in the middle of season 2 after a horrible clashing with Danielle Staub. She’s returned since then to make brief appearances and support one of her best gal pals Teresa Giudice. What do you think of this Dina Manzo split?