“Real Housewives of New Jersey” Melissa Gorga’s Ex Claims To Have Salacious Dirt That Will Destroy Her Image Forever! 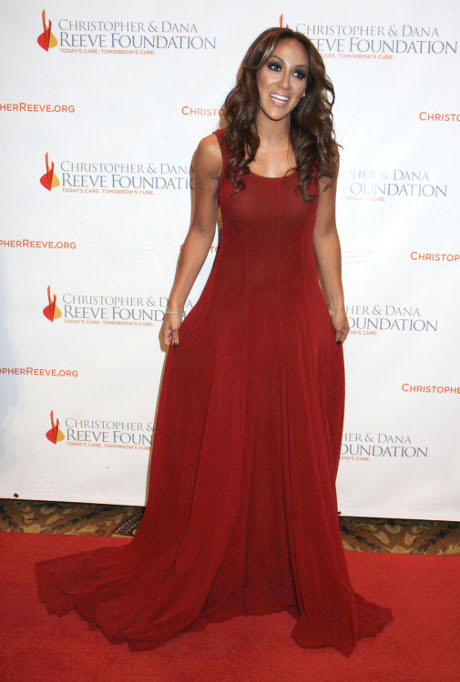 Melissa Gorga might be in some hot water. The Real Housewives of New Jersey star is going to be in the center of some boiling drama on the new season of the hit Bravo show — because ex boyfriend Bryan “Bulldog” is claiming that he has some major pieces of scandalosity that could put the shakedown on Melissa. Bryan not only came out with this alleged news, but he also said that Melissa is extremely “fake” and basically not a very good human being. Yikes. Tell us how you really feel.

Bryan is calling the salacious dirt he has on Gorga and atomic bomb that will leave the show completely breathless. “Time and a place for everything just know the phone call was an atomic bomb and not for me tick tick tick lol,” Bryan tweeted last week. He would’ve sounded more threatening and ominous if he would’ve left off that LOL. But, honestly, don’t we all fall prey to the LOL monster. Let’s face it. Society uses the LOL like it’s a period.

He continues his lambasting, slightly coy, and strange tweets:

“Just so this clear I’m not trying to make anyone believe anything I just speak the truth! It’s how I roll :)” he tweeted. Following by, “I remember the Friday nite u said 2 me, stop seeing other girls or I will marry that millionaire,” and then, “3 months Lata you were married Lol.”

Radar Online says that Bryan said, “It’s ok, she’s so desperate to keep her fake image & fake fame. That’s the level she is going to.”

Yes, of course she’s desperate for fame and fortune. Why on earth would you go on a reality show as ridiculous as RHONJ if you weren’t looking for a little fame juice and spotlight? Unfortunately, Bryan, I feel as if many people will say the same about you — a person who is taking a great deal of time to uncover dirt on a celebrity that you know will get your name in the headlines. *sigh* The world is just a fame game.