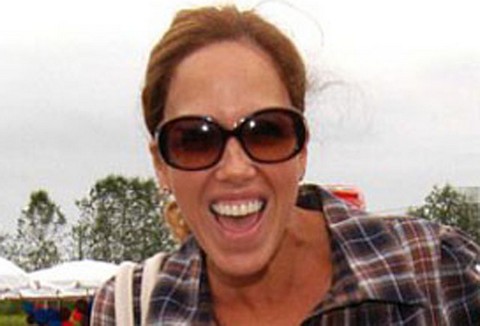 Another week, another story about a high profile (former) athlete having a torrid affair with serious consequences. Ex-Miami Dolphins star, Dan Marino is finding that the hot seat is not exactly somewhere that he wants to be. In 2004, a year after being hired by CBS as a sports analyst, Dan found himself knee-deep in a fling with Donna Savattere, a production assistant at the time. The secret pair conceived a child named Chloe who was born in 2005. Dan basically paid a nice chunk of hush money to Donna and she took the baby and moved to NYC on his dime.

Apparently the guilt was heavy and Dan confessed the situation to his wife of 28 years, Claire. She obviously found a way to get over it, as the marriage remains intact. Dan’s fans haven’t been nearly as forgiving, as the truth recently leaked out, leaving them completely outraged.  The latest print issue of the GLOBE indicates that a huge portion of Dan’s fan base believes that CBS should fire him immediately. According to an insider CBS is as embarrassed as Dan.

“There’s not only a likely ethical breach with Dan’s behavior, but it also makes it difficult for him to continue on air. The network doesn’t want viewers to look at him and be thinking ‘there’s the heel who had a secret love child behind his wife’s back’”

Fans are already echoing CBS’ fears and have been clamoring for the network to swiftly replace Dan. If they choose to let him go then Dan will lose his $2 million a year paycheck for sitting behind the sports desk on game days. That’s a major hit to a man who is still estimated to be worth 37 million!

Should CBS cut ties now thathis squeaky clean image has been permanently tarnished? Tell us your thoughts in the comments below!