BY Robyn Good on March 25, 2013 | Comments: one comment
Related : Dancing With the stars, Dancing With The Stars Season 16, Performance Videos, Reality TV, Television 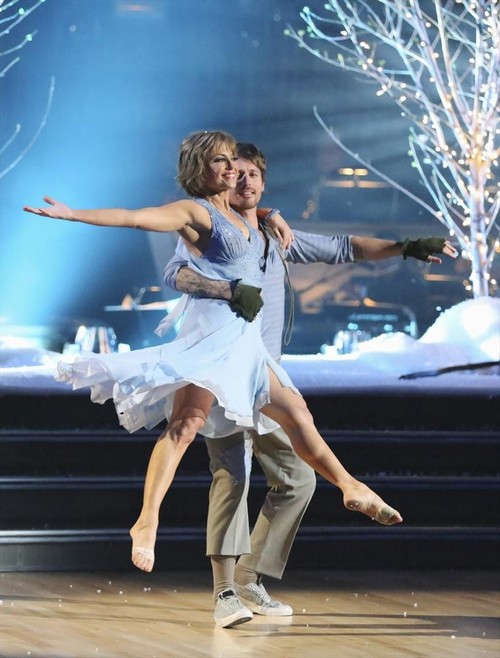 Dorothy Hamill danced a Jive, on the second episode of Dancing with the Stars: 2013 performance show tonight.  The competition heats up tonight on Dancing with the Stars this week when the first couple faces elimination.  On this week’s show the couples will be fighting for their survival and performing a Jive, Quickstep or Jazz routine. If you missed the show, we recapped tonight’s show for you and if you want to see how all the couples did go HERE!

Dorothy Hamill and professional dancer Tristan MacManus dancing a Quickstep.  Dorothy had an injury and she was unable to practice as much as she would have liked to for this week’s performance.

Judges’ Comments: Bruno: “Dorothy, my darling that was a brave attempt.  The problem is you lost the footing so many times, and you know that.  For the future, relax your shoulders and engage your core.”  Carrie Ann: “You have natural sense of movement, but I felt fear this week. This was a rough dance.” Len: “it had moments, but it had no deliver.  There were lots of mistakes and it was a mess, I do apologize.”

Watch the video below and let us know what you think? Do you Dorothy did enough to avoid elimination this week? Sound out in the comments below!