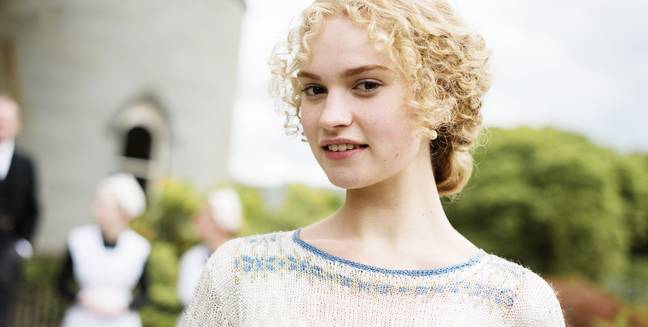 On Sunday’s upcoming new episode, there is a surprise waiting for everyone. That’s right everyone not just those upstairs. It seems Lord Gratham’s birthday is coming up and his cousin Lady Rose is ecstatic to be making it unforgettable. She wants to give a birthday gift completely original but as she always does, her gift will be quite modern.

Last week the Countess was afraid she her husband’s party will be dull. They have almost grown stale with their normal birthday routine. It was Lady Rose that suggested they mix things up this year. Cora agreed although she might have thought more carefully on who was to help her. She had forgotten how modern everyone is becoming. Including her.

Lord Gratham doesn’t really like change as much as she does. She’s an American and therefore is used to adapting while he is an English aristocrat. Change does not come with the job title. So wait until they learn what the surprise is. Lady Rose went and hired a band to perform.

Sounds a bit modern and at the same time not too bad. Not even to Mrs. Hughes whose helping Rose to hide the band players from the birthday boy until its time. How were they to know that the band leader/ singer happens to be black.

No, they aren’t racist. They’re simply from a different time when inviting a black man into the house requires more than just a day’s notice. Rose wouldn’t understand. She’s basically dropped most stereotypes and regulations. Still she should have remembered how Branson reacted to her dancing with the band leader. There was an Irish Catholic man who didn’t believe in society’s rule and yet he got quickly off of that dance floor. If that’s Branson’s reaction then what will the rest of her family be?