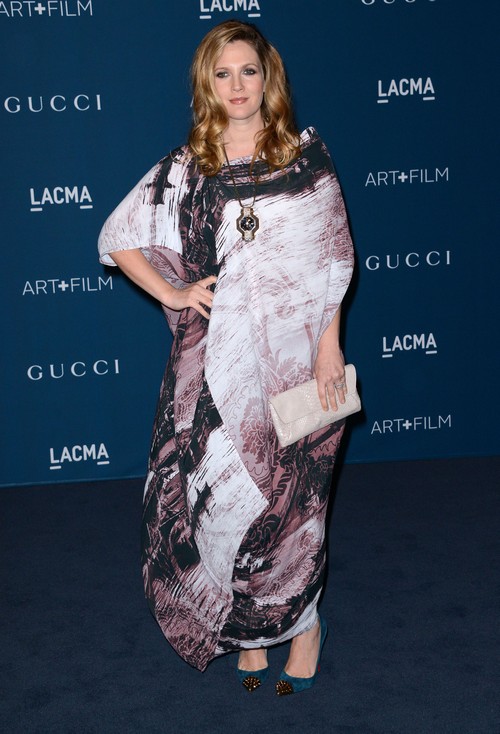 An exclusive report from US Weekly confirms that Drew Barrymore and her husband Will Kopelman are expecting another baby, just one year after having her last child. Pregnancy speculation began when Drew wore a long and flowery dress at the LACMA Art and Film Gala recently, and it looks like she wanted to beat most of the tabloids to the punch with the official announcement.

Drew and Will had their first child last October, and they clearly couldn’t wait to have another. Drew even stated on Jay Leno last month that she was ‘very much‘ wanted to have another kid, and give their daughter Olive another brother or sister. A lot of parents actually do consciously make the effort to make sure their kids aren’t too far apart in age, considering they’re usually closer growing up if they’re only a few years apart.

Drew also stated a while back, “I can’t wait until I have my children. I just want to build fun, great things for my family.” Well, she’s definitely getting her wish now. Who would that thought that the young child from E.T. that was in rehab for drug addiction at age 13 would grow up to be to be so mature? It’s proof that if you can be strong enough and get your life in order, eventually you’ll have everything you could want.

What do you guys think about Drew having another kid so quickly? It’s not like she has much of an acting career to concentrate on right now, especially with her directing and producing endeavors, and thus it shouldn’t really be a problem professionally. Let us know your thoughts in the comments.