Ed Sheeran is Courteney Cox’s ‘Little Stud Muffin’ – Living Together and Hooking Up? 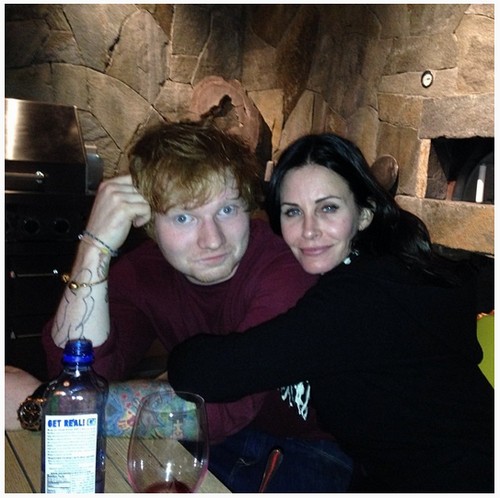 There are a lot of women out there creeping towards middle age that feel a whole lot better if they have a younger man on their arm and it seems that 49-year old Courteney Cox has joined their ranks. The star struggled after her 2010 divorce from David Arquette and in the years since she has tried to keep her love life under wraps. Perhaps that is what makes her current cougar status a little shocking. Not only is Cox totally into Ed Sheeran, but she has actually moved the 22-year old into her Malibu home.

According to the Dec. 16th print edition of National Enquirer, Cox suggested that Ed hang at her place while on this side of the pond because he can write his music there in peace. The singer took her up on the offer and has even posted photos of himself and Cox looking awfully cozy together on his Instagram account. Having Ed on her arm and presumably in her bed seems to have breathed new life back into the actress and sources say that she takes great pleasure in introducing Ed as her “little stud muffin”. I’m hoping that last part isn’t true because if Cox is trying to sound young and cool that sort of dated reference will kind of kill her efforts, don’t you think?

The twosome is supposedly trying to keep their relationship quiet. Ed knows that his core audience is made up of younger women that don’t quite want to see him with an older woman. This is quite obviously a May-December romance, right? A fling of convenience that will be fun for as long as it lasts don’t you think? Will Courteney and Ed have any real staying power or is this just good for her ego while giving him a cushy crash pad? Tell us your thoughts in the comments below! 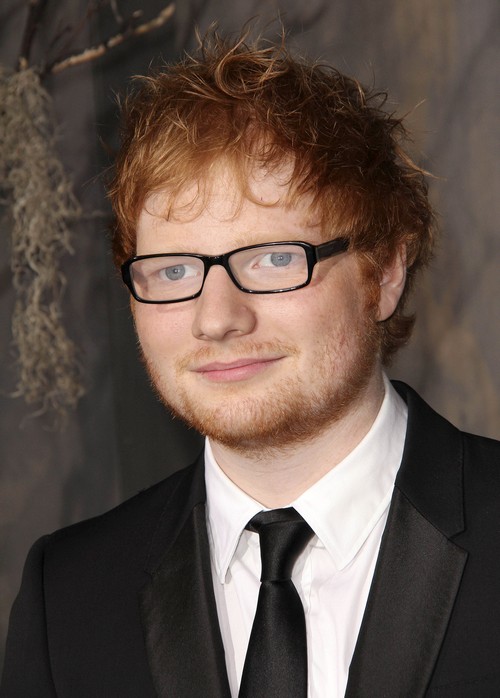