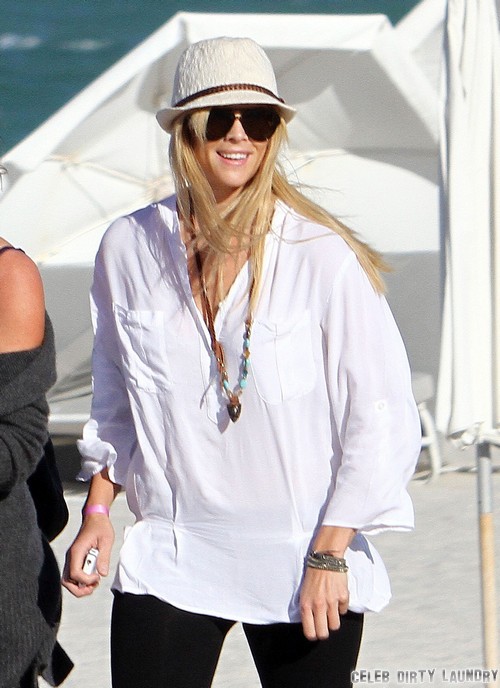 Elin famously divorced Tiger back in 2010 when she’d discovered that he’d been cheating on her with a metric ton of skanky broads. A source said that Elin “hates Lindsey Vonn and everything about this romance” despite the fact that she wasn’t one of the “other women”.

The source said that Elin is “angry that Tiger even has visitation rights to the kids.”

Even though we know that Elin has already moved on with coal magnate Chris Cline, it sounds like she’s still really bitter about what went down between herself and Tiger. Don’t you agree?

And if you think that Tiger cares about Elin’s opinion, he doesn’t. A source said, “He doesn’t care about her. He’s so egotistical!”

Is she miffed that he’s moved on with someone that he’s said to be faithful with and it wasn’t her? What do you think? Why else would she really hate a woman that she doesn’t even know? Hit the comments and let us know your thoughts!