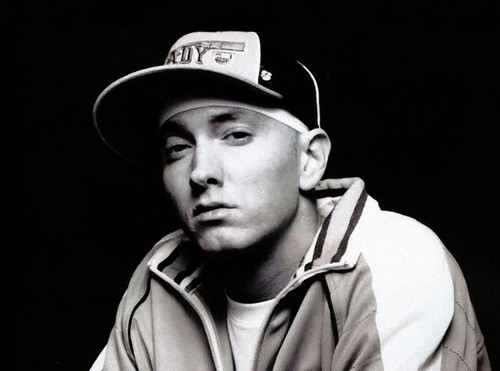 Eminem has just released another song off of his new album called Marshall Mathers LP 2 and the song is titled Bezerk. In the song there’s a part where he completely insults both Lamar Odom and Khloe Kardashian and it’s pure gold!

Eminem’s lyrics say, “They say that love is as powerful as cough syrup and Styrofoam, all I know is I fell asleep and woke up in that Monte Carlo with the ugly Kardashian – Lamar O. Sorry, we done both set the bar low.” He basically calls Khloe the ugliest in her family and tells Lamar that he can’t believe he’d set his standards so low, this is the Eminem that I love.

Khloe and Lamar have been going through some hard times lately with how Lamar cheated with at least two girls and has a very serious drug addiction problem. This has caused the pair to separate – of course Eminem doesn’t care whatsoever and poked fun at the whole issue.

I wonder how Khloe will react after hearing about this, to know that she is the ugliest in her whole family? I guess Lamar finally realized that he did set the bar way too low and decided to sleep around with other girls with lots more pulchritude.

Eminem is back and I can’t wait for the next celebrities he decides to bash; I see no hope for Khloe and Lamar getting back together after this song though, Lamar is probably laughing about the lyrics with a nice line of cocaine as we speak!