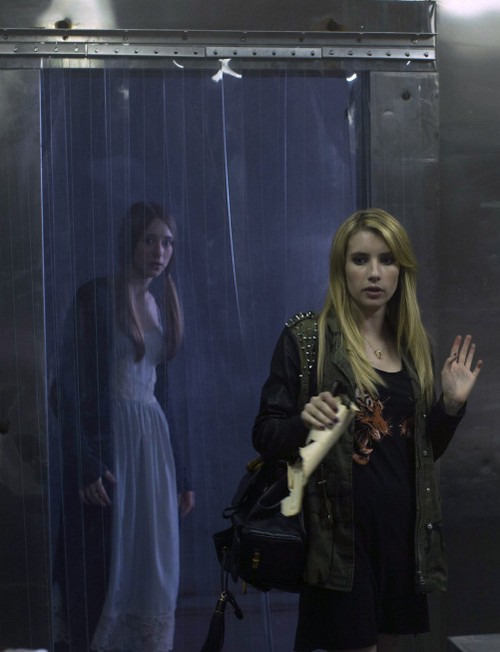 One of my favorite shows on television at the moment is American Horror Story: Coven. The show is filled with some amazing actresses, and the story continues to get more intense and heated every week. But are some of the actresses a little too talented for their own good? Are the girls’ egos getting too big to handle? According to a new report from Star magazine, Emma Roberts, who plays the role of Madison on the hit creepy drama, is not just acting like a witch but is being a witch.

Honestly, I find this kind of hard to believe; Emma seems like a super sweet girl — except for that one time when she beat up her boyfriend, Peter Evans.

Apparently, Emma’s attitude was getting so out of hand that Gabourey Sidibe, who plays Queenie (a witch who calls herself a ‘human voodoo doll’ because she can inflict pain on others through self-harm), eventually told her to stop with all the nonsense. The mag reports, “Gabby finally told Emma to cut her attitude and stop being rude.”

We’re not sure if we believe the drama going down on set, but we hope it’s not true . . . . else Jessica Lange’s going to come in there and show everyone who’s boss. Because nobody messes with Lange. No one.