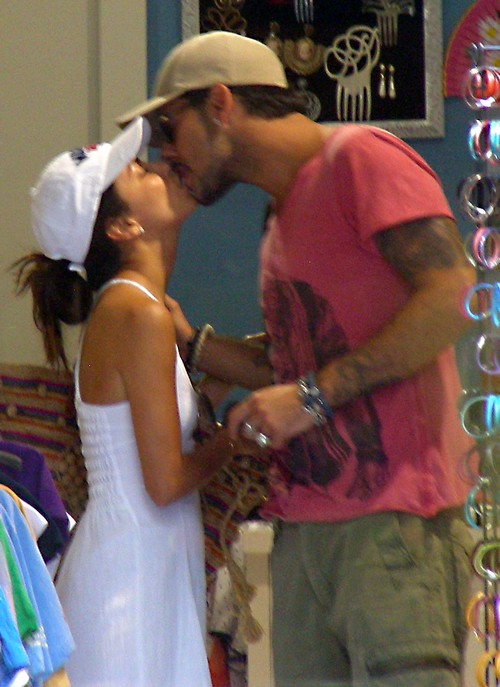 Eva Longoria and Eduardo Cruz were detected out in New York City at Serafina restaurant! It was clear these two might be rekindling more than just a flame. They were on fire! The two of them put on a hot steamy PDA show for every one in the restaurant, and for those passing by their window-viewed seat. They were witnessed holding hands, which lead to kissing, and then irresistibly, they were all over each other! The pic above from 2012 is an example of the couple’s passion!

Do you feel this was way too much PDA for a restaurant date? Or does it really matter what we think? Well Eva and Eduardo didn’t seem to care who their audience might be; because they went back out that night in the city with another display of PDA.

Is Eva ready for love with Eduardo again? We do know these two are no strangers to breaking up and getting right back together. It could be that Eduardo is her true love. Well after a 4-month long relationship with Ernesto Arguello, she later found herself flaming it up with Eduardo again. We all thought she was ready for love with Ernesto; he was the bachelor she dated from the reality show Ready For Love. He was hot, handsome, and tall; however he was quickly dumped to curve amidst rumors he was a gold digger and Eva was his mine. What a total waste.

It is rumored that Ernesto was not rich enough for her, and that Eva gets bored quickly with her men. That could explain why her relationships are always on and off, or never lasting too long.

What’s more interesting is what’s revealed in her interview on The Conversation with Amanda de Cadenet. Eva said, “My mom predicted I was going to be Elizabeth Taylor when I young.” Is this a good thing?”

I guess there is no love lost that can’t be found again when it comes to Hollywood.