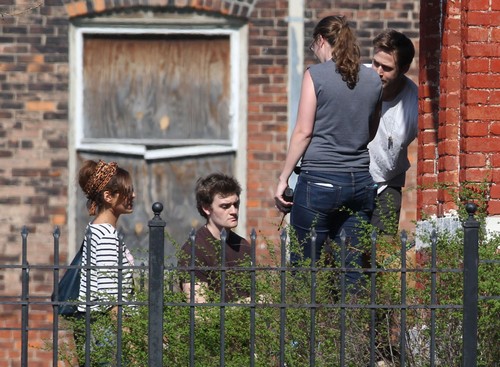 Eva Mendes and Ryan Gosling are two of the hottest people known to mankind, so it was only fitting that they dated for a while. Yes, dated, past tense. Mendes and Gosling have unofficially split, because the relationship was “moving too fast”. According to Radar Online, “There was a realization before Thanksgiving that they took things way too fast and were rushing toward a marriage that neither of them particularly needed. They’ve decided to take a break to re-evaluate their romance.”

Did someone poison their turkey? They dated for two years. How much faster can the speedometer go?

After the relationship murderdust settled, it came to light that Eva wanted Ryan’s babies, but he said nuh-uh, slapped his six-pack and cried in a corner. The source alleges that Gosling’s “flop movie”, Only God Forgives, is one of the reasons why he is “laying low” and why this makes no sense whatsoever. No, but seriously, the movie is a pretentious, neo-noir, incestuous shit-fest filled with enough badness to last North Korea for a century.

Eva was also pissy-pissed-pissed when Gosling comforted his ex-girlfriend Rachel McAdams during her break-up with Michael Sheen, but throughout all of the jealousy, the bad reviews and the juvenile tit-for-tat’s, the two decided to end it because it was moving too fast. So many reasons, so little time!

Gosling’s directorial debut, starring Eva “Guess Who Else” Mendes, was the final nail in the proverbial coffin. The source alleges that the film caused Gosling to “question” Eva’s future with him.

“They both know they need some kind of resolution in their relationship before they go out and promote their movie, in which Ryan directed Eva in a very big part. At the end of the day they are both so uncertain about their future.”

However, the source ensures a sequel by adding, “Don’t be surprised if these two resurface together for New Year’s.”

We won’t be surprised. No, really, we won’t. Hot people tend to stick together.