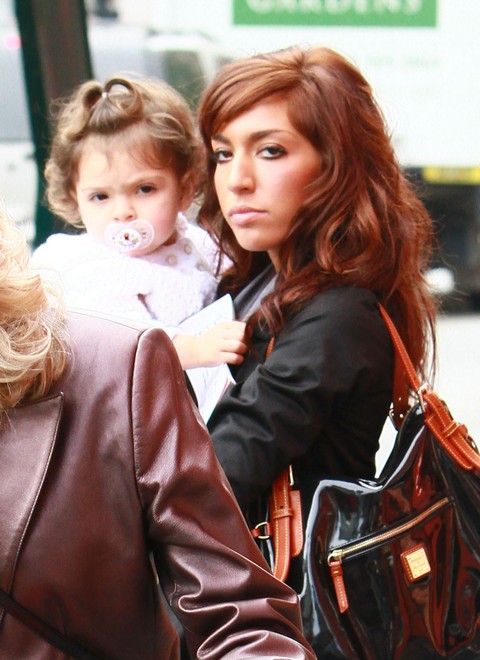 Once the ink was signed on that deal you had to know still shots of Farrah in action wouldn’t be too far behind. TMZ got their hands on the goods and man, from the looks of it they are still using the same sets from the late 80’s for these flicks. It’s clear by the shots there’s precious little Farrah doesn’t do and in one pic Farrah looks like she’s in a whole lot of pain rather than pleasure. But hey, that’s the idea right?

Are you surprised that she stooped this low and is this desperate for attention? Farrah has always been one of the more insecure MTV stars. I guess all the plastic surgery was meant to boost her self esteem enough to be able to drop her panties for the world. Betcha a month from now when the media frenzy dies Farrah’s not going to feel any better about herself than she did before!

Are you planning on watching Farrah’s backdoor action? Are you appalled by her choices? Tell us your thoughts in the comments below!