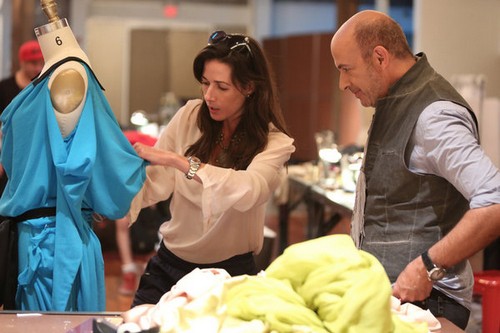 Tonight on NBC their reality competition FASHION STAR returns with the second episode of the season.  The show features celebrity mentors Nicole Richie, John Varvatos and a pregnant Jessica Simpson.  On tonight’s show called, “Sex Sells” the 11 designers are challenged to bring sexy back and present their sexiest pieces to the buyers.  Did you watch last week’s episode?  We did and we recapped it here for you!

On last week’s premiere episode we met the 12 eager young designers who were getting the chance to win a multi-million dollar prize of launching their original collections in three of the nation’s largest fashion retailers.   The winning designer will get $3,000,000 in orders for capsule collections in Macy’s, Saks Fifth Avenue and Express stores. 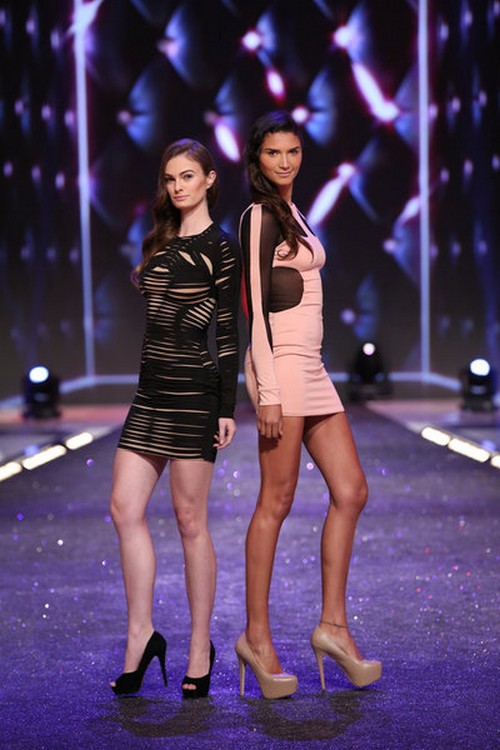 On tonight’s show “Sexy” is the theme of the week when eleven designers put their sexiest pieces down the runway. What classifies sexy is a matter of interpretation – and it’s up to the designers to show major skin or leave more to the imagination. Team Jessica is under pressure to step it up, having lost a team member the week before, and one garment goes down the runway unfinished in the race to the fashion show. One designer “blows the buyers” away and sparks a major bidding war, which keeps the audience on its toes. The Mentors put two designers up for elimination, and the buyers send the second one home.

Fashion Star Season 2 Epiosde 2 airs tonight at 8:00pm ET and we will be live blogging all the details. So don’t forget to come back and refresh your screen often for live updates. While you wait for the show – check out the sneak peek video of tonight’s episode below!

RECAP: This week the designers are challenged to create their sexiest piece. Silvia envisions red and tight being that she is Latina. Brandon is in this competition for his family, his whole family works in his fashion business and he knows that he has to step up to the plate – he is going for the James Bond look. John is worried about Brandon, he thinks he is going to fail at this task. Daniel thinks sexy is his  thing and believes he is going to ace this competition. David is going to do a fitted blazer, super sexy. Priscilla has always had people that don’t understand her, she is making a dress that is her dream dress and she is hoping it is going go over well with the buyers. Tori is working on a short dress and wants to use silk, Jessica wants her to scale down the print to make it salable. Amber is working on a backless dress that is very sexy. Sylvia lost her black fabric and she is going crazy looking for it.

Hunter thinks the other designers consider her tough competition because of the buyers bidding war on her styles last week but that forces her to keep her game up. Garrett and  Jessee Ray want to wow the buyers with their basket woven sweater, Jessica is a little worried about them. Johanna is making a dress, but not a club dress, she wants it to flatter your body but make you look slim at the same time. John thinks Sylvia is the most advanced out of his designers but he is really worried that she lost her black material and is going to use green instead. Tori is running out of time and doesn’t know if she will be able to get her styles sewn in time.

Time for the stage, Nicole’s designer’s are first. Priscilla is first with a “Dream Dress”, then Daniel with a “Bodycon Dress” and Johanna with a “Sheer Maxi Dress”. Selling their piece will keep them in the competition, it is time to face the buyers. Daniel is first, Express has $60,000 and Macy’s a $95,000 offer, Macy’s wins the bid. Pricilla is next, there are no offers – the buyers didn’t like the fabric. Johanna is next, Express and Macy’s offer $75,000 then the war begins and Express wins it with $125,000.

John’s designers are next, Sylvia with a “Draped Mini Dress”, Brandon a “Double Flap Jacket”, Cassandra a “Sheer Maxi Dress” and Amber a “Open-Back Dress”. Time to face the buyers, Amber gets a $60,000 offer from Express. Brandon is next and there are no offers. John didn’t like the fabric or the colors, Brandon should have listened to him because he is now up for elimination. Cassandra is next, $55,000 from Saks. Sylvia also gets an offer from Saks, $60,000.

One designers dream is going to end tonight, the mentor’s will nominate two people to put up then the buyers will decide who will be going home. It all comes down to David and Tori, one of them is going home and Express has the deciding vote, it is Tori.

Tori has been eliminated.