‘Fast And Furious 6’ Destroys ‘The Hangover III’ At The Box Office: Fast Cars Wins Over The Wolfpack 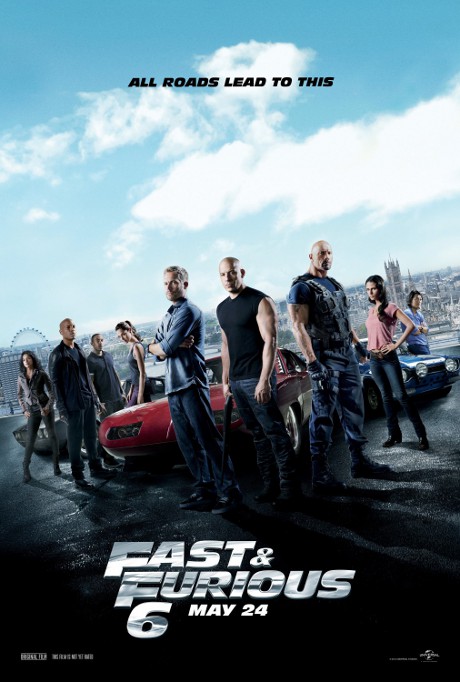 What does this mean? Well, it means that audiences are sick of crappy sequels, and they’re starting to take reviews more seriously than box office analysts might think. The Hangover Part III is at an abysmal 21% on Rotten Tomatoes, and Fast and Furious 6 is at a surprisingly high 72%.

Director Justin Lin really should be credited for revitalizing the Fast and Furious brand, injecting some fresh air into the dying franchise. Although his first venture into the series, ‘Tokyo Drift’, wasn’t that well received, the sequels got progressively better, with Fast Five being considered the highlight of the franchise. With the addition of more action stars [Gina Carano and Luke Evans in this one], higher-octane thrills, and an aggressive marketing campaign, Fast and Furious 6 was pretty much a guaranteed hit.

The Hangover Part II, on the other hand, is getting horrible word-of-mouth and despite being advertised as ‘The End’, audiences just don’t seem to care.

Fast and Furious 6 also had another huge factor going for it: the support of minorities. The Fast and Furious franchise, especially after helming duties were taken over by Justin Lin, has become very racially and ethnically diverse and the minorities have come out in overwhelming support of the films. The latest film had over 30% of its opening weekend come from Latino and Hispanic audiences. Women also overwhelmingly supported Fast and Furious 6 over The Hangover Part III, largely because of strong female characters in F & F as well as better eye candy. Seeing several hot guys shirtless and ass-kicking female characters > single Bradley Cooper.

Did you guys go to the movies this weekend? Did you watch The Hangover Part II or Fast and Furious 6? Let us know what you think in the comments.

To learn what makes Fast and Furious 6 so darn fast and furious check out HaveUHeard’s special report: CLICK HERE!