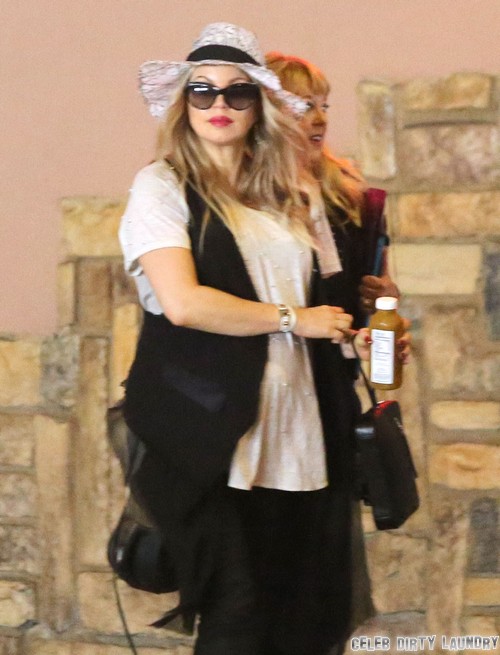 Josh Duhamel and Fergie are having a boy! The hunky actor spilled the beans on Live With Kelly and Michael, the pre-tapped episode will air on Wednesday

If you want to send The Duhamel’s a baby present, make sure it is blue because the couple is expecting a son. On the show Kelly held up one blue onesies and one pink onesies and told Josh to choose which would be better for his unborn child. He picked blue, as I said if you want to see the full reveal tune into the show tomorrow.

Photos of the lovely Fergie, who also just revealed that she is officially and legally changing her name to Fergie Duhamel, recently show that she makes an adorable pregnant lady. The news that they are having a son is fantastic, I am a big fan of both of them. They seem to be one of the happier couples in Hollywood. This definitely puts and end to all those twin rumors that were circulating around.

When their bouncing baby boy makes his arrival it certainly won’t be the media blitz that is the Royal baby or North West Kardashian and that is fine with Josh, who plans on taking some time off to spend with his son. Considering they tried to conceal her pregnancy for awhile I am kind of surprised that the sex of the baby was revealed before the birth but to each his own I guess. One thing is for sure, with these two as parents he is going to be one good looking kid. I mean who doesn’t want a little mini Josh running around in this world?

What do you think of the news that Josh and Fergie are having a baby boy? Who do you hope the kid looks like mom or dad? Tells us what you think in the below comments section.