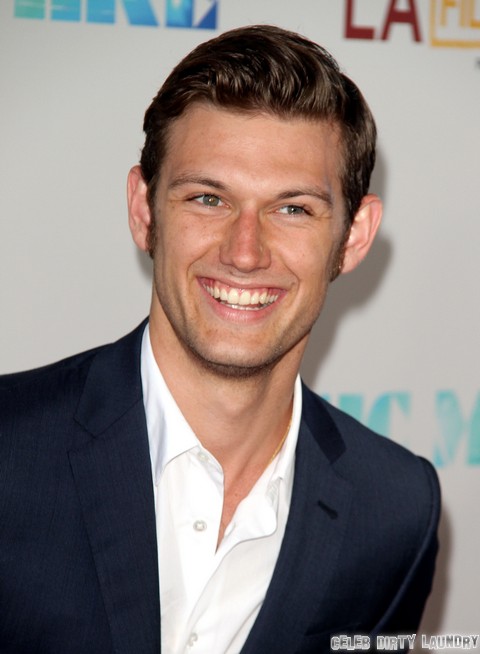 The Fifty Shades of Grey Movie casting marathon has turned into a cockfight. The pre-production phase of such an important film adaptation is both delicate and fragile, as it requires a beautiful balance between PR, casting, and the pre-hype phenomenon. In the upcoming months, while Fifty Shades is still being formed into a blockbuster Hollywood production, we can expect deliberate production leaks, confusing press releases, and Hitchcock-like “red herrings”. Actors will be pitted against one another, agents will cry in storerooms, and E.L. James will drink tea with the Queen.

According to E! Online, director Gus Van Sant is also joining the fray in his bid to become director of the much anticipated adaptation. Van Sant shot a sex scene with Magic Mike’s Alex Pettyfer as Christian Grey and sent a short sampler of this scene to Universal Pictures as his “proposal”. There’s still no word on whether Van Sant’s unorthodox approach was accepted, but many industry insiders have already placed him in the lead.

The studio is aiming for a 2014 release date, so directors and other industry leaders are going all out in order to have their proposals accepted in time. There’s also no official word on casting, production, and/or even location, but this didn’t deter fans from blindly accepting Ian Somerhalder as their Christian Grey. (Insiders have suggested that because of Somerhalder’s linkage to Vampire Diaries, he might have a negative effect on the film’s success.)

In order to turn Fifty Shades into a successful, multi-million dollar production, the casting directors will have to focus on finding unknown actors to star in the titular roles. This technique will not only inject a healthy dose of anonymity into the film, but it will also remove any preconceived connections. Unfortunately, the casting period will still take some time to reach fruition. It might only reach a climax (no pun intended) during the months leading up to the official filming period.

One cannot help but wonder whether E.L. James knew of this when she wrote in the first Fifty Shades novel, “You have to kiss a lot of frogs before you find your prince.”