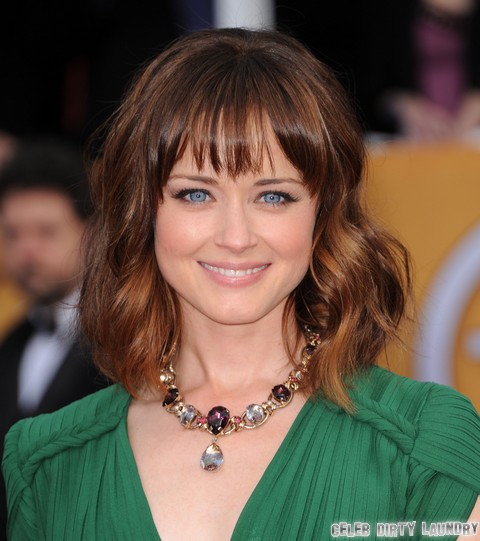 During the premiere of Alexis Bledel’s new Hallmark Hall of Fame film, Remember Sunday, she was asked whether she would ever consider playing the role of Christian Grey’s lover in the much anticipated Fifty Shades of Grey movie adaptation. Her response: “I have no idea. You know, I really don’t know a lot about it, except that fans have made a trailer online. I know as much as you know. I’ve seen what you’ve seen, and I’ve probably had a similar reaction to yours.” Bledel appeared on several unofficial polls when a fan-made YouTube video cast her in the role of Anastasia Steele late last year. The same phenomenon also occurred when Ian Somerhalder, Matt Bomer, and Henry Cavill popped up as potential contenders for the titular role of Christian Grey.

Unfortunately, there’s no democracy involved in the casting process.

Universal Pictures – the studio backing the film adaptation – is keeping a tight lid on the casting negotiations. This “let them wonder” technique is an age-old Hollywood approach. Over the years, hundreds of films became box-office hits due to the secrets behind the scenes. These films, usually ravaged by critique, went on to become cult-classics in their respective genres, and proved to the world that a film’s success originates not from artistic quality, but rather from advertising and well-planned marketing techniques. If Universal Pictures manage to surf this fan-made wave of popularity, the film could become one of the biggest box office hits of our generation. If not, Fifty Shades will be dead on arrival, with or without a Gilmore Girl.