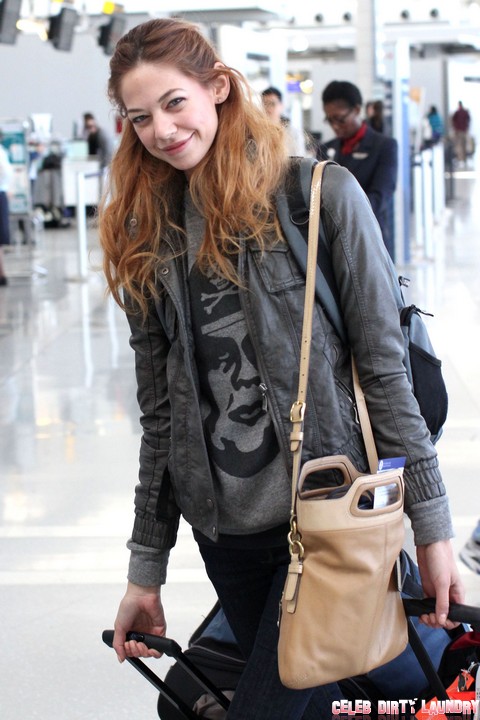 Fan choices for Christian Grey casting are pretty set in stone—most can agree on Matt Bomer, Ian Somerhalder, and Channing Tatum as top actors! But most fans, the most vocal of which tend to be women, haven’t been as frantic about the actress who will play Anastasia Steele. I wonder why! Nina Dobrev and Shailene Woodley have been whispered about as likely potentials, but a new name has entered the mix and we’re intrigued! You may know Analeigh Tipton from America’s Next Top Model, cycle 12, or from Crazy Stupid Love. The 24-year-old model turned actress spoke about the rumors, confirming she’d be open to the role!

Analeigh told Pop Sugar, when asked about the rumors, “I have heard that, which I think is pretty neat. Do I have an interest? Yes. Well, I mean it’s a role that seems pretty brave, and I think that’s curious, that kind of piques my interest. See how bold I can get. I’m open to it.” Check out her picture: the girl doesn’t really strike me as an Anastasia! She’s two years older (which, in early twenties, is a significant difference I think), and looks more mature than readers may picture Ana. She is also stunning, where Ana is meant to be more, well, typical. Pretty, but typical!

Analeigh, however, has stunning cheek bones and eyes that dominate her face! She’s gorgeous, but I wasn’t convinced that the part was right for her! But then I heard her speak! Readers will remember that Ana is slow to speak, because she has so little self confidence (or personality, but that’s another story!). Despite her model history, Analeigh has the soft, timid voice of a lost rabbit turned human. She comes off as very thoughtful and deliberate, if not the slightest bit rambly. Now that I’ve heard her voice, I’m hooked on the thought! But will she be too tall for the role, at 5’9”? Who do you prefer for the role of Anastasia?