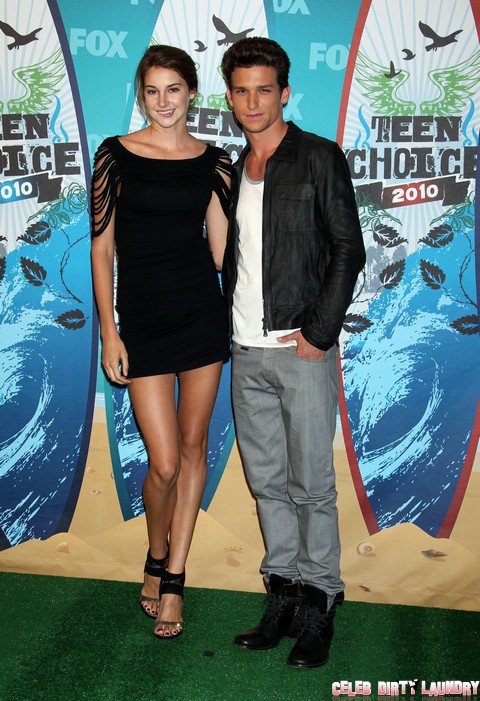 New day, new Fifty Shades of Grey casting rumor… But this one comes courtesy of the author of the kinky trilogy herself – EL James. The Hollywood Reporter said back in August that Shailene Woodley has “caught the eye” of the writer and her name is again floating back to the top of the casting rumor mill for the juice, juicy part of Anastasia Steele in Fifty Shades.

Let’s face it – some of the casting rumors have been incongruous at best, laughable at worst. Jennifer Lawrence could no doubt carry off the part with aplomb, but come on, she’s Oscar nominated – why would she take a part in this poorly written raunch? And when I saw that Maggie Gyllenhaal’s name was floated, I had to hold my aching ribs for minutes after I collapsed laughing. She’s a fine actress, but she’s never, ever been pretty. Perhaps in a heavily Photoshopped cover shoot, but in real life, she’s no looker – and she’s a 35 year old mother of two. That’s a little bit of a stretch mark to go to play a 21 year old virgin.

Shailene is herself 21 years old and is adorably innocent looking. Plus, she’s got talent galore. She acted her face off opposite George Clooney in The Descendants and was a revelation as pregnant teen Amy on The Secret Life of the American Teenager. There’s no doubt in my mind she’d be perfect for the part, but my lingering question is why any actress would want a part in this film…

I used the phrase “poorly written” above and I sincerely meant it. I love me some good clit lit and Fifty Shades gets the job done, but the books just aren’t good. And I read all three. Why, I asked myself, do you keep on reading these when they just got progressively worse? Frankly, even badly written she-porn can still make your lady parts tingle and my husband enjoyed the after-effects, but I felt dirty afterward.

And not because I talked my husband into playing Christian Grey, but because the books are simply bad. If not for the enjoyably kinky sex, they would be toilet paper in a bound form. Between the sex scenes – many of them logistically improbable – there’s no literature there – just cliterature – and barely that. It’s no surprise really; their genesis was as Twilight fan fiction.

I might invite horrible comments by saying this, but the Twilight books were equally as awful. Check that – they were actually worse because my lady parts didn’t even tingle a bit. Their uber-Mormon author Stephanie Meyer stripped anything hot out of the books and in doing so, took the only thing that would have made them readable. And before you challenge me to read the books so I “get it” – I did. I read every damned one of them. I was searching for the source of the madness. I never found it.

If there was one thing that could have made the Twilights more readable, it would have been some hot werewolf and vampire sex. Maybe even some hot werewolf on vampire gay sex… Forget Team Edward or Team Jacob – let’s get those boys playing for the same team. Then the lackluster novels might get interesting.

But back to Fifty Shades – there’s one slender hope for the movie – that it could be the rare case where a screenplay is better than its source material and a watchable film rises from the pages of an uninspired book. It happened with Forrest Gump. If you haven’t read the book, it’s worth it just to wonder at how such a brilliant movie came from such a pitiful scribbling. Kelly Marcel has been confirmed as the screenwriter of Fifty Shades of Grey the movie – at least according to IMDB. Marcel has only one other screenplay to her credit – Saving Mr. Banks – a Tom Hanks led film coming out later this year. That’s it. I’m not optimistic.

Will I go see Fifty Shades if it ever splashes on the big screen? Yes. If Ian Somerholder gets the role of Christian Grey and I get to see him au naturel spanking someone? Hell yes! Much like Anastasia Steele, I seem to be a glutton for punishment. I’ll go see it. But if my lady parts don’t get a tingle, I may take a hostage. Or at least ask for my $9 back.

Meantime, the casting rumors are just that – rumors. If they really want to shake things up, I say cast Betty White as the 21 year old ingénue and Jonah Hill as Christian Grey. Okay, not really. I like the notion of Shailene Woodley and Ian Somerholder. That gives me a little tingle just thinking about it.

And as for EL James, I can only hope her New Year’s resolution is to bask in the spotlight of Fifty Shades and not torture us with any further “literary” efforts. Wonder if she could talk Stephanie Meyer into joining her in retirement? 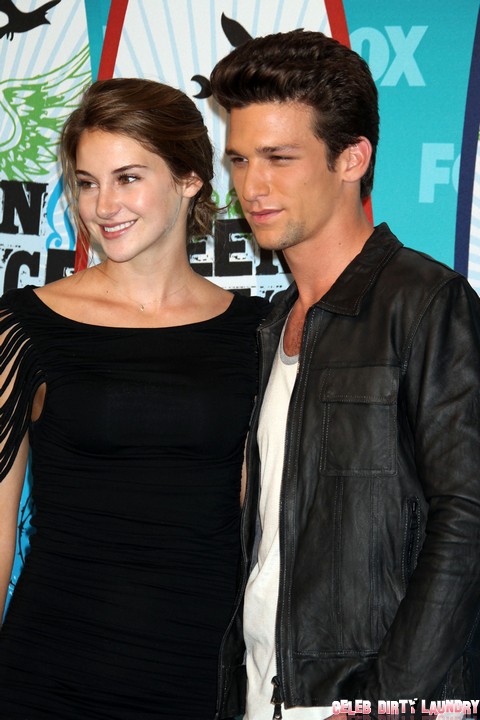