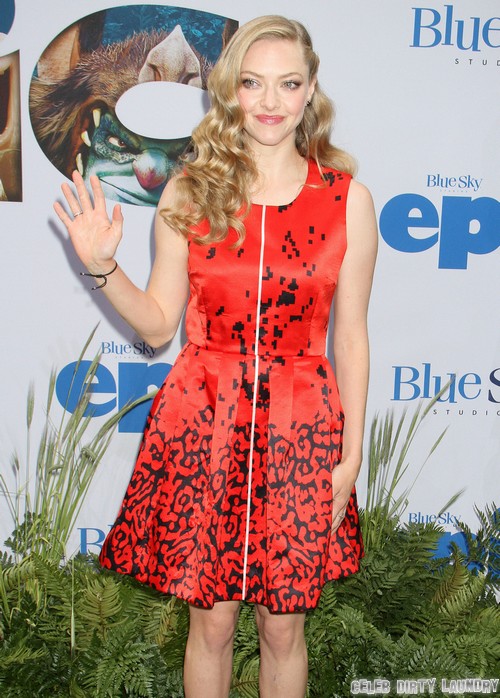 Since The Vampire Diaries has started production again all of the talk when it comes to Ian Somerhalder has been wrapped around his hit show. He split with long time girlfriend and co-star, Nina Dobrev last spring and so everyone is wondering just how well these two are getting along on set and if backstage tensions are running high.

But there still is that huge project off to the side that Ian has consistently been linked with. I’m talking about Fifty Shades of Grey, of course. Will he or won’t he be cast as the impeccably dressed Christian Grey is a question that has followed the actor since late last year. Rumor has it that Ian has an idea in his own mind of which actress would make the best Anastasia Steele and that’s Amanda Seyfried.

Her spin as Linda Lovelace hits theaters in early August but even before that her name was being circulated. If you saw Amanda in the flick Chloe (with Liam Neeson and Julianne Moore) then you already know that she can pull off the innocent girl that crosses over into some gritty sex scenes. Ian’s right, this role really would suit Amanda because she has proven herself capable of portraying a character with many layers.

Nina was never a fan of this idea and I’m guessing it’s because she saw Amanda in action and didn’t really want her then boyfriend rolling around with her in the name of work! Now though, both Ian and Amanda seem to be available and being linked in Hollywood might do both of their careers good, don’t you think?

Would Amanda make a good Ana? Do you think that she and Ian would have some serious chemistry if paired onscreen? Tell us your thoughts in the comments below!