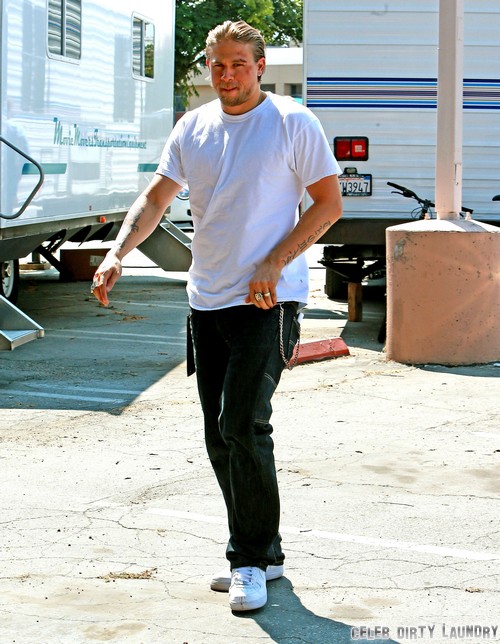 Fifty Shades of Grey is one of those movies that’s turning out to be compromised before it’s even been shot. It’s nothing to do with the studios, the producers, the actors, or even the filmmakers, but rather all the fans. Of course it’s always a positive to have a massive built-in fan base for a movie that hasn’t even been shot yet, but is it such a positive when those same fans might affect the movie’s bottom line?

According to sources close to the production of the film, they’re worried that fans might disrupt the filming. The movie’s scheduled to begin shooting in November, but if the fans of FSOG [which number in the millions] all decide to go watch filming or even boycott the filming, there’ll be a problem. Filming is notoriously time-sensitive, especially with a movie that’s as large scale as Fifty Shades of Grey. But with the recent outcry over Charlie Hunnam‘s casting as Fifty Shades of Grey, the sources claim that the production crew is worried that these boycotts and fan visits might cause even more stress on a time-sensitive production.

Let’s hope that nothing untoward happens – but I have a feeling the film will be kept so tightly under wraps it will be impossible for the fans to find them. After all, most of the movie takes place inside closed doors, and that will minimize the fan intrusion. Outdoor settings are always the tricky ones, because you never know who will turn up and what they will take pictures of. But with indoor settings, they’re able to control a lot more in regards to access to the sets, and privacy.

Are you guys excited for Fifty Shades of Grey, and do you think Charlie Hunnam is a good choice for Christian Grey? Let us know your thoughts in the comments.