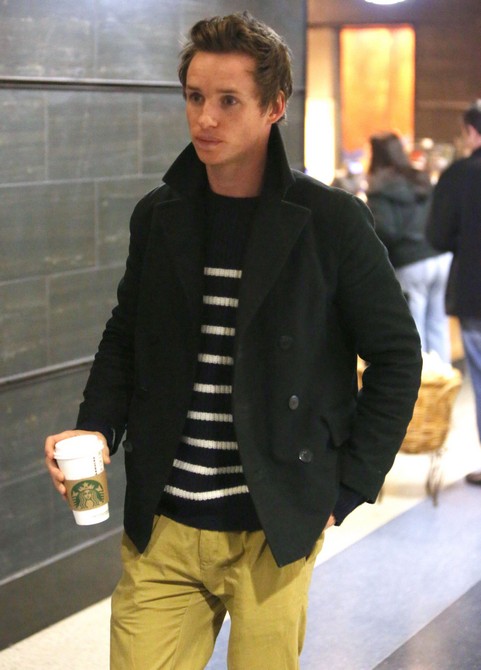 Such an innocent face! Although we’ve been cheering for Ian Somerhalder to star in the upcoming movie adaptation of the raunchy Fifty Shades of Grey trilogy (and even have a video trailer to prove how perfect he would be!), insiders are whispering that the role will actually go to Eddie Redmayne. You may remember him as the revolutionary Marias in Les Miserables (if you haven’t seen it yet, go right now! And take tissues!), or Colin from My Week With Marilyn (also sad, but amazing!).

Although his role opposite Michelle Williams as Colin, the inexperienced intern on the set of Marilyn Monroe’s movie was rather sexy in some parts, I just can’t see him as bossy Christian! It isn’t even that I doubt his acting, because he’s clearly a stupendous and gifted man—he sings, he acts, he has dreamy eyes that go on forever—but does he have the jaw set for Christian? Can he gaze upon some poor brunette actress with total loathing in his eyes while he . . . well, you know.

Of course, we’re still quite a ways away from hearing anything official about Fifty Shades casting. The studio has yet to hire a director, and the script has yet to be completed. We’ve heard that the movie will get an NC-17 rating, because they’re dedicated to staying true to the book. And, E L James has said she doesn’t want “Edward Cullen” actor Robert Pattinson to get the role. But which side of the pond will they pick from?

If they do go British and pick Eddie or one of his contemporaries, will they keep his accent and twist Christian’s backstory to fit, or hire an accent coach? The Eddie rumors bring up so many questions! Could you see Eddie as Christian? Which one is your dream actor?