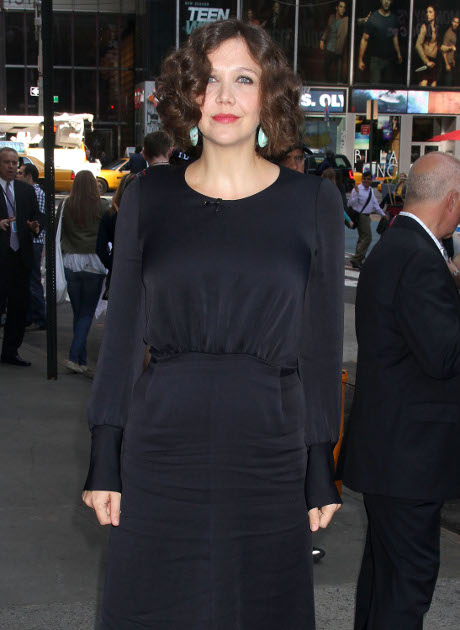 I wish they’d just announce the finalists already because I can’t handle another freaking Fifty Shades of Grey casting speculation. Before long they’re going to start adding Charlie Sheen to the list of rumored potentials. Let’s stop while we’re ahead. Now, there’s speculation that actress Maggie Gyllenhaal is gunning for a role in Fifty Shades of Grey after she she posed for a provocative lingerie ad, in which the actress appears to be channeling her inner EL James.

There’s been so much casting rumorage that I’ve reached the point where I figured the best and most logical things to do is to wait until the studio — or EL James, or whoever — releases the final words. I have a feeling the people in charge have a finalized list of who they’re considering, and they probably even have a good idea of who they will cast in the lead roles of Anastasia Steele and Christian Grey. Who do you think will get cast in the roles? We’ve covered the speculation rumors extensively, so if you’re curious and have been living under a very large rock, then click here to enter the terrifying world of Fifty Shades.

The photoshoot features Maggie in black, lacey lingerie and is complete with the things that Christian Grey might find appealing. The sexually charged images have left some people wondering whether or not she has what it takes to pull off a role in the movie. She’s too old to play a Anastasia Steele, but as fans of the novel will know, there are plenty of other roles that she might be “qualified” to play.

Some critics definitely aren’t having any of it however. Celeb Gather thinks the whole notion of considering Maggie for a role is downright ridiculous. What do you think? Do you think Maggie should hop on the Fifty Shades train and ride it all the way to crazy sexy town? Maybe you should check out her lingerie pics a la Fifty Shades of Grey by clicking here.