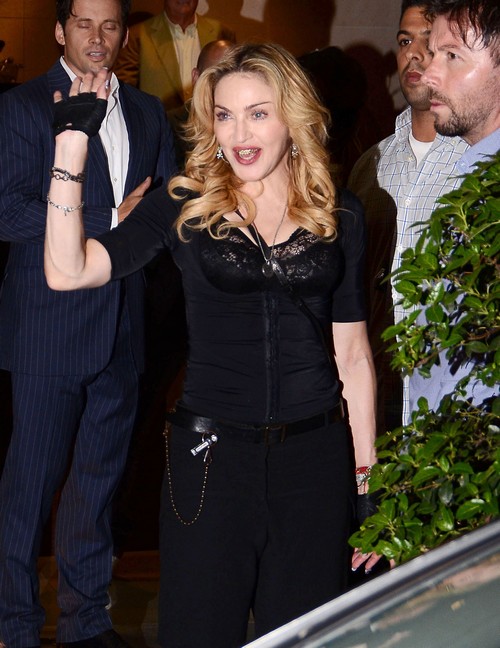 Forbes states that when creating the rankings, they took into account, “concert ticket sales, royalties for recorded music and publishing, merchandise sales, endorsement deals and other business ventures.”

The list also includes Lada Gaga in second place with $80 million, which isn’t much of a surprise considering that Gaga has been in the top ten for the past few years. However, I’m sure that Madonna will take whatever chance she has to gloat, considering the infamous rivalry between them. The feud was sparked last year when Madonna accused Gaga of ripping off from her music, and Gaga shot back saying that she would never want to take Madonna’s place.

Third place is taken by Bon Jovi with $70 million, and fourth by Toby Keith with $65 million. And rounding out the final five is Coldplay in the fifth spot with $64 million.

Taylor Swift only has the 7th spot this year with $55 million, which is a step down from the previous years, likely because she didn’t have the non-stop barrage of albums and tours like some of the other musicians on this list.

Jay-Z and Beyonce surprisingly were also not in the top five, with Jay Z at number 18 with $42 million and Beyonce at number 9 with $53 million. The rest of the list can be looked at here.

What do you guys think about the list? Are you surprised Madonna beat Lady Gaga? Let us know your thoughts in the comments.